In one of the recently leaked videos of meetings with the 70 and the quorum of the twelve, an Oregon senator, the man who introduced Gordon Smith (no longer in office, praise be) uses the term “church broke” to describe Smith’s staffers who would defer to direction from church headquarters rather than taking initiative or listening to his constituents.

This term is used by church leaders, often with a chuckle (as in the video), as a way to describe people the church desires most, those who are willing to do whatever they are told, no questions asked. It seems to be a tongue in cheek term. Given that the senator also divulged confidential information in the meeting and said that his loyalties were to the church over his constituents, the term is certainly a dangerous idea to those of us who believe in the separation of church and state as well as to any Mormons seeking political office in the wake of this leaked video. This senator’s comments aligned with the criticism leveled toward Romney, that he would put his church’s interests above the country’s. Just because Gordon Smith did it doesn’t mean Romney would, but the meeting is pretty unsavory since nobody checked him for his reckless comments.

The use of the term “church broke” means relinquishing your personal conscience entirely to what church leaders tell you to do. In the video the senator linked his support for the Iraq war with paving the way for missionary work that wasn’t going to be able to progress under Saddam Hussein. But leaving the lauded senator’s horrifying remarks aside, let’s talk about the term “church broke,” what it means, and why it’s being used. Often an analogy is powerful because it reveals even more than we intend when investigated more closely. This is why Jesus’ parables are so effective and timeless.

Some people assumed the term “church broke” refers to housebreaking a pet, a natural assumption given the average member’s suburban life. However, the term is a little older and is actually about breaking in a horse. The pet analogy may be more insulting (don’t pee on the floor), but the horse analogy is how you harness the power of the animal to do things for you, so the horse can become a beast of burden or be safely ridden. Wild horses are too willful, unbiddable, and dangerous. They threaten the rider. They are unpredictable and unsafe. They have their own ideas. They don’t always obey your commands. They may throw you or bite you. A broken horse, like a trained soldier, doesn’t question your orders or get distracted by its surroundings. A politician who is “church broke” is a powerful horse indeed.

The steps to breaking a horse can be found on WikiHow for those of us who haven’t done it. Methods include things like grooming the horse with personal attention to build trust, using treats and sweets as rewards to make unpalatable things (like having a bit in your mouth) more pleasant, and the last step which is placing ear covers on the horse to block out distractions. Some horses also have blinders placed on to the sides of their eyes to help them stay focused (the Amish use blinders to keep horses from being spooked by passing cars on the freeway). This is doubtless a great way to domesticate a horse, but why would we ever think docile people who only take orders would be a good thing?

The process of breaking a horse reminded me of a familiar Book of Mormon scripture:

2 Nephi 26: 22 And there are also secret combinations, even as in times of old, according to the combinations of the devil, for he is the founder of all these things; yea, the founder of murder, and works of darkness; yea, and he leadeth them by the neck with a flaxen cord, until he bindeth them with his strong cords forever.

For someone who thinks being “church broke” is a positive thing, they would equate it with being loyal to the institution or with living the law of consecration or dedicating yourself wholly to God or “not my will but thine be done.” The problem with this definition is that becoming disciples of Christ should improve our moral agency, not eliminate it.  We don’t have a doctrine that our leaders are infallible, believe it or not, so undue loyalty to the point of completely relinquishing one’s choices to them results in poor decision making as demonstrated by the senator in the leaked video.  Our church leaders aren’t God. They aren’t gods. They aren’t infallible. I sometimes think that when we have been told that our church leaders will never lead us astray that’s because we are only led astray when we abdicate our moral agency. That’s on the person who has suborned his or her own conscience to the arm of flesh. 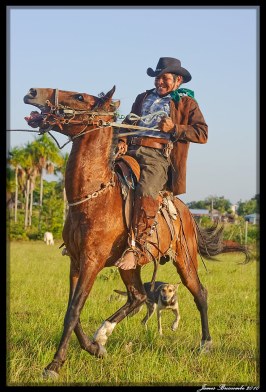 I used to have a related discussion with co-blogger at Mormon Matters Bruce Nielson. He said that some dissidents would never override their conscience to follow the brethren which meant that they were never open to the promptings of the spirit. But someone who is “church broke,” like a broken horse, doesn’t actually have a conscience anymore, or not one they are using regularly. They don’t think things through or operate on principle after considering the implications. They simply act in response to the tug of the reins. It becomes an instinct to follow orders without question. Rider and horse become one.

The way I was raised in the church wasn’t to be “church broke,” but to follow a process that is more or less like this:

Personal revelation allows for you to be wrong or them to be wrong for your situation. Here’s where the problems may occur:

Unfortunately, #3, which describes being “church broke,” is not such a strawman.  There are a lot of folks who in fact do this, as evidenced by the November 5 policy. There are many who are the policy’s most staunch defenders who truly have set their own conscience aside. How do I know this? Because many of these same individuals were the first to claim that the leak of the policy was “all anti-Mormon lies” but then when the church said the new policy was real, they immediately changed their minds to defend what they had just claimed was an impossible and outrageous lie. When I talked with some of these individuals, I was literally told by several people that no matter what the church does, they are OK with it. That’s being “church broke.”

In a similar vein, many members likewise claimed that things from the church’s essays that have been published over the last 18 months were all “lies” until they saw them on the church’s own website. And again, when they were found to originate from the church, suddenly they were A-OK. The only difference was the source, not the content.

One of the biggest risks to a culture in which being “church broke” is valued is that leaders will not be given feedback or have their ideas kept in check in any meaningful way. This means that policies and procedures within the church may be based on distortions or fantasy rather than reality, and may create difficulties on the ground that are hidden from decision makers. In infamous Nazi Albert Speer’s memoirs, he said:

“In normal circumstances people who turn their backs on reality are soon set straight by the mockery and criticism of those around them, which makes them aware they have lost credibility. In the Third Reich there were no such correctives, especially for those who belonged to the upper stratum. On the contrary, every self-deception was multiplied as in a hall of distorting mirrors, becoming a repeatedly confirmed picture of a fantastical dream world which no longer bore any relationship to the grim outside world. In those mirrors I could see nothing but my own face reproduced many times over. No external factors disturbed the uniformity of hundreds of unchanging faces, all mine.”

Although we certainly have reason to hope that church leaders don’t suffer from the same types of self-deceptions as those evil men, they are human beings and therefore do suffer from normal human foibles including self-delusion. Self-delusion is rampant in the human race. I like to think it’s why marriage is ordained of God. Having a spouse available to keep your nutty theories at bay is a good thing. Anyone’s fears, their hopes, their human and imperfect understandings of things will only be distorted in an environment free from the checks and balances of criticism and questioning. More than any of us, church leaders should resist encouraging people to be “church broke.” They have the most to lose if “church broke” people surround them. What’s at stake? Their credibility to rational people.

Beware of these “church broke” people; they are not small in number. Their cult-like devotion is dangerous. But they are “church broke,” and the church apparently loves them like no other if these leaked conversations are the norm and not cherry-picked moments of human weakness. Being “church broke” should not be encouraged. People who are “church broke” should not be voted into public office. The Danites were most certainly “church broke,” as were the perpetrators of the Mountain Meadows Massacre. It’s not a compliment. We should be a church full of personal revelation, Christian virtues, and people whose conscience is elevated by the light of revelation from our leaders, not quashed by it.

The term “church broke” has no place in the church of Jesus Christ. As a joke, it is too sinister to be funny.