2016 wasn’t the best for our family (recurring theme: burst pipes), but it wasn’t half-bad for the Bloggernacle. While scouring last year’s posts for our annual Wheaties and Tareific award nominations, I was surprised how much good stuff I’d forgotten. I’ve compiled most of my favorite bits below. If this reminds you of good posts you feel ought to be recognized, head over to “Last Call for Nominations 2016” and get your faves into the polls.

Note: Posts already nominated for Wheaties/Tareific awards are marked with an asterisk [*].

People were finally getting over the shock of the November 5th Policy when President Russell M. Nelson reopened wounds with his declaration at a worldwide devotional that the policy was revelation. Dave Banack gave a useful review of policy developments and his interpretation of Nelson’s remarks in “Policy or Revelation”[*] over at Times & Seasons (T&S). Lynette offered a touching personal perspective in “Mourning”[*] over at Zelophehad’s Daughters (ZD).

We also had the occupation of an Oregon wildlife refuge by armed militants (led by a guy named Ammon, so…yeah. Mormon.). Sam Brunson at By Common Consent (BCC) argued that the militants should NOT be excommunicated. Morgan Deane wrote a related guest post here on W&T examining the use of charged language to delegitimize political movements in “A Short History of Robbers and Insults”[*].

Mormon LGBT suicides were in the news and even Elder Oaks couldn’t escape the topic. Dr. Daniel Parkinson and Michael Barker, PA-C, gave a thorough analysis in “The LGBTQ Mormon Crisis: Responding to the Empirical Research on Suicide”[*] at Rational Faiths.

The release of The First Fifty Years of Relief Society was a major event in Mormon women’s studies. Steve Evans interviewed two of the editors over at BCC. I was surprised to find in the book’s introduction that the Nauvoo Relief Society’s denouncement of polygamy was blamed by several early church leaders for the events leading to Joseph Smith’s death, and resulted in the dissolution of the society for several decades.

The month began with pushback on Elder Bednar declaring to Argentinian members, “There are no homosexual members of the church.” On a more pleasant note, Elder Ballard announced the church was officially adopting an inoculation model for church education.

Over at BCC, Kristine A’s guest post, “Sexual Violence in Church History,” covered Andrea Radke-Moss’ Church History Symposium presentation revealing the gang-rape of Eliza R. Snow in Missouri. Eliza N. wrote a guest post over at Expert Textperts considering the implications of this possibility in “We Are Not Alone: Eliza R. Snow and Women’s Shared Trauma.” At Worlds Without End, Christopher Smith postulated in “Eliza R. Snow wasn’t the only LDS leader sexually assaulted in Missouri” that the victims might not have all been women.

If you didn’t know what Title IX was before (I didn’t), a guest poster here at W&T helped us get up to speed. In “The Least Degree of Allowance”[*], Steve Evans at BCC reported on the BYU rape awareness conference where authorities confirmed that students reporting sexual assault would have academic consequences if Honor Code violations were involved. Michael Austin later presented a sobering analysis of comments on that post in “Exhibit A: Why So Few Women Report Sexual Assault.”

Miscellaneous: Jeremy Runnells of CES Letter fame resigned from the church[*]. (The most surprising part, of course, was that he was still a member so many years after publication of the CES Letter.)

We continued with the BYU Honor Code/Title IX mess. Here at W&T Hawkgrrrl gave a phenomenal overview of “BYU Rape Myths”[*]. Julie M. Smith wrote a satirical post at T&S advising “How to Keep Our Boys Safe”[*] from false rape charges. The Exponent showcased a powerful post by Genevieve Demos Kelley, “Sexual Assault at BYU: My Own Story”[*].

Miscellaneous: Juvenile Instructor began their 2nd Annual Summer Book Club, studying Mormon Enigma: Emma Hale Smith[*]. There were also several tributes to Ronald Walker, a noted LDS historian who passed away in May (here, here, and here). And I got to share some fascinating research on one of my favorite topics.

At the Mormon History Association conference in Snowbird, Ugo Perego made Brian C. Hales’ decade by presenting genetic evidence that Josephine Lyon Fisher was the daughter of Windsor Lyon, NOT the result of a polyandrous union between Joseph Smith, Jr., and Sylvia Sessions Lyon Clark. Which then begged the question, was Nauvoo polyandry sexual in nature? The jury is still out. 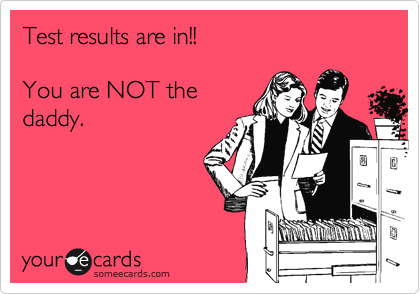 CES followed through with their promise of inoculation with the introduction of the new Doctrinal Mastery program for seminary students. Margaret Blair Young at Rational Faiths expressed concern at the treatment of the priesthood ban in the new materials in “Race and Mormonism–2016 Edition (the less coy version)”[*].

Miscellaneous: Two good personal posts at BCC with Rachael’s “Justice and Mercy: A Rape Survivor’s Perspective”[*] and Angela C’s “Abandoned”[*]. Nathaniel Givens reacted to the Orlando shooting in “Wherefore Should Not the Heavens Weep?” at T&S.

In July, topics were all over the board. Carina Hoskisson Wytiaz wrote a powerful piece challenging Mormons to stand up for people of color in “The Destruction of the Family: American-Style”[*] at BCC. Grover confronted her polygamist ancestry by writing an intriguing “Sister Wives of the Traveling Pants”[*] series, also at BCC. Stephen R. Marsh at W&T asked a critical question of church leadership, “What Happens Without a Loyal Opposition?” At the Juvenile Instructor, Andrea R-M provided helpful tips in “Pioneer Day Talks– Some Helpful Dos and Don’ts for a July Tradition.”

On a lighter note, Cynthia L. at BCC built on our cultural obsession with Pokemon Go with “Pokemon Go Family Home Evening (FHE)–a whole month of theme lessons!”[*]. Here at W&T I explored the public reaction to Planned Parenthood’s questionable use of the CTR symbol on condom packaging at the Sunstone Symposium in “How to Make a Mormon’s Head Explode”[*].

We still had BYU Honor Code/Title IX on our minds. At Feminist Mormon Housewives, rah provided suggestions to BYU in “6 Things BYU Should Do If It Is Serious About Sexual Assault and Administration Accountability.” BCC Blogger Steve Evans wrote a related op-ed for the Salt Lake Tribune, “BYU drags its feet in addressing sexual violence on campus.”

Miscellaneous: The U.S. Presidential Election got even weirder when Hillary Clinton penned an op-ed in the Deseret News chock-full of Mormon references.

Other feminist issues were big this month as well. Michael Austin at BCC brought up disparities among college faculty in “Not Even Close: Faculty Gender Balance at the BYUs.”[*] Kristine A at W&T followed up with her personal experiences in “Gender & Employment at BYUs.” BCC then published a fascinating discussion their female bloggers had in response in “Around Our Kitchen Table: A Conversation About Roles”[*].

September saw several major improvements on a church-wide scale. First, controversial sections were removed from newer seminary Doctrinal Mastery materials: one suggesting the priesthood ban was divinely inspired and another quoting President Russell M. Nelson’s talk earlier in the year regarding the November 5th policy as revelation. Second, the church released a suicide prevention website in conjunction with Suicide Awareness Day. Finally, a scriptural reference to Lamanite women losing virtue as a result of rape was removed from official Personal Progress materials.

Leaked videos of confidential church meetings hit YouTube, courtesy of Ryan McKnight. Most were boring, but one brought into question the relationship between church leaders and Mormon politicians. Hawkgrrrl discussed this in W&T’s most popular post of the year, “Church-Broke.” (The topic also inspired a BCC top ten list, “Forms of Being Broke, Ranked.”)

Even bigger, though, was the release of a new website for LGBT members of the church. D Christian Harrison reviewed the changes at BCC in “Mormon & Gay — the New LDS.org Resource,” and Andrew S did the same at W&T in “From Mormons and Gays to Mormon and Gay.”

Miscellaneous: Sam Brunson gave a detailed overview at BCC of an oft-misunderstood but critical topic, “The Halloween Parent Tax”[*]. Ziff gave us a “A Psalm of Trump” at ZD.

Before Election Day we had the anniversary of the November 5th policy, which inspired several guest posts over at BCC. My favorites were Aaron B’s “Who Leaked the Policy?” and D Christian Harrison’s “Sit with Me a While.”

Then we had Election Day. Ugh. My views are along the same lines as Ally Isom’s. So… I dealt with it by trying to figure out how Trump won Utah by such a large margin (and Mormon Heretic followed up with a more accurate statistical analysis). 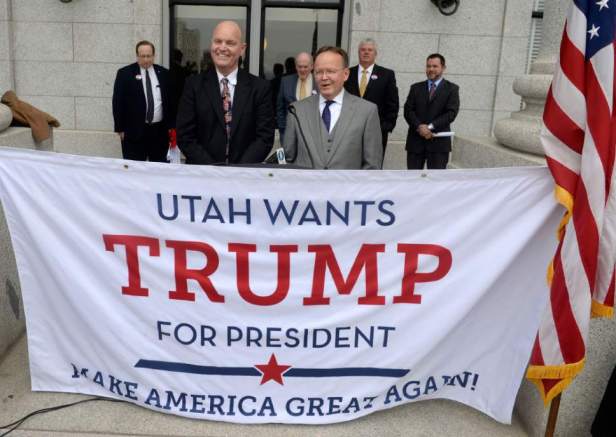 Andrew S reported on the problematic racial implications of a song in the 2017 Mutual theme playlist in “Whiteness in the 2017 LDS Mutual Theme”[*]. Impressively, the church responded quickly to public outcry and removed the piece.

A minor issue was Fred Karger arguing in news media that the church should lose it’s tax-exempt status. Normally that’s a yawner for me, but I enjoyed the (sometimes not so polite) critiques given by resident Bloggernacle accountants Andrew S at W&T and Sam Brunson at BCC.

Of course, the major controversy at the end of the month was the Mormon Tabernacle Choir accepting an inaugural invite. PeterLLC at BCC gave an impassioned plea in “Please, MoTab, don’t sell your birthright for this mess of pottage.” We polled readers here at W&T on the matter, with mixed results.

Miscellaneous: The church updated it’s Gospel Doctrine curriculum. Ryan McKnight established a website called MormonWikiLeaks (now MormonLeaks). While no blogs covered it that I can tell, bloggers definitely shared strong opinions about it (and I’ll be sharing my own opinions about it in a future post).

5 thoughts on “2016 Bloggernacle Year in Review”