I’ve been thinking about what I’ve learned from reading the Old Testament about whether or not being called to a position makes someone infallible or if those called can be expected to be human.

In earlier blog posts I’ve discussed Aaron and the golden calf he built for the Children of Israel to worship.  He was not unique.  It was not just Aaron and Baalim who went off track.

Eli’s sons were disrespectful and worse.  To quote from the Bible:

12 Eli’s sons were scoundrels; they had no regard for the Lord. 13 Now it was the practice of the priests that, whenever any of the people offered a sacrifice, the priest’s servant would come with a three-pronged fork in his hand while the meat was being boiled 14 and would plunge the fork into the pan or kettle or caldron or pot. Whatever the fork brought up the priest would take for himself. This is how they treated all the Israelites who came to Shiloh. 15 But even before the fat was burned, the priest’s servant would come and say to the person who was sacrificing, “Give the priest some meat to roast; he won’t accept boiled meat from you, but only raw.”

16 If the person said to him, “Let the fat be burned first, and then take whatever you want,” the servant would answer, “No, hand it over now; if you don’t, I’ll take it by force.”

17 This sin of the young men was very great in the Lord’s sight, for they[a] were treating the Lord’s offering with contempt.

22 Now Eli, who was very old, heard about everything his sons were doing to all Israel and how they slept with the women who served at the entrance to the tent of meeting.

1In his old age Samuel appointed his sons as judges over Israel. 2The name of his firstborn son was Joel, and the name of his second son was Abijah. They were judges in Beer Sheba. 3But his sons did not follow his ways. Instead, they made money dishonestly, accepted bribes, and perverted justice.

So then Saul was called as King.

A man who lived there answered, “And who is their father?” So it became a saying: “Is Saul also among the prophets?

… and he too prophesied in Samuel’s presence 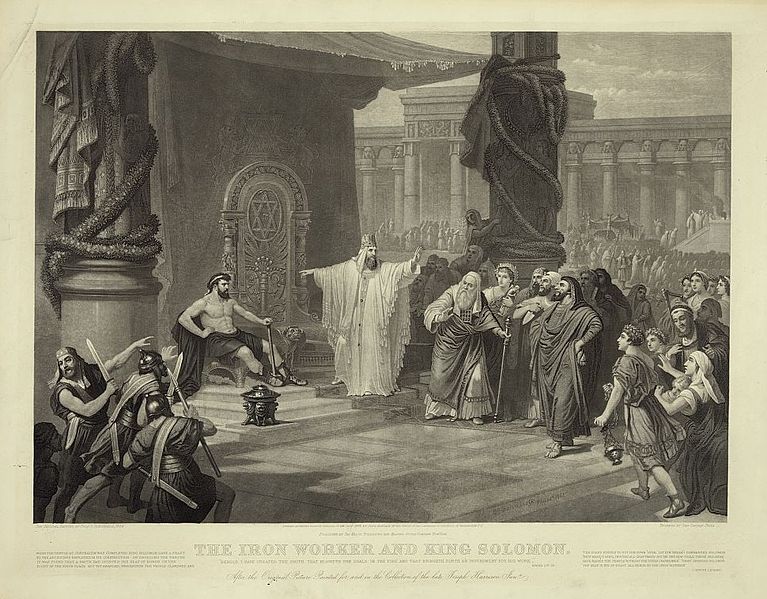 Saul went pretty sour in the end after a start that had him regarded as king and prophet.  So we get David.

David’s story gets rocky (Bathsheba was the daughter of an important general, the wife of a hero in the army, the granddaughter of another military leader).

After David we get Solomon, blessed with wisdom from God.  He seems to have a good start.

Then Solomon loses a war with a Pharaoh, marries his daughter and eventually builds temples to other gods and worships them.

The Old Testament is a string of stories of those called and failing to thrive.

There are a few bright spots.  Deborah thrived and her administration did not fall into corruption. So not all the judges, prophets and kings went sour or had mixed results. Many did.  Often their guidance was not as clear as it could have been either.

“Pay attention to what I have to say! When there is a prophet among you, won’t I, the LORD, reveal myself to him in a vision? Won’t I speak with him in a dream? 7But that’s not how it is with my servant Moses, since he has been entrusted with my entire household! 8I speak to him audibly and in visions, not in mysteries. If he can gaze at the image of the LORD, why aren’t you afraid to speak against my servant Moses?”

It is easy to read that as praising Moses, but it also discusses the reality that Moses was unique, that unlike most prophets whose guidance is not as clear and who are communicated with in mysteries.  Moses was not the baseline or the expectation, the other was (and is).

I think we need that kind of perspective to temper our expectations. I’m hoping the new curriculum shares that.  That God sends us prophets for guidance and to help bridge the gap between God and man, but that they are humans too, still “one of us.”  At the same time, it is important to remember that God expects us to not reject them in spite of their frailties.  After all, when the people of Israel decided that Eli’s sons followed by Samuel’s sons were too much, God said:

Perhaps they could have lessons with a variant of the song “What if God was one of us” added to the song book [What if a prophet was one of us?]

What do you think:

4 thoughts on “Prophets, free will, failure and success in the Old Testament”