2012 brought a lot of interest in the LDS Church due to Mitt Romney’s campaign for President of the United States.  Now that the election is over, many feel the Mormon Moment is over.  Christianity Today’s Ed Stetzer put out an article this week advocating that evangelicals “not let the Mormon moment pass completely.”  I have to say, I was a bit surprised, and somewhat pleased, to hear an evangelical want to keep the Mormon Moment alive.  (I would have thought they wanted Mormons to fade away.)  Here are some other points Stetzer made. 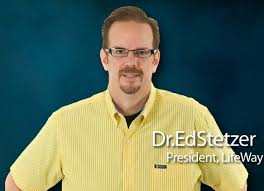 The obvious question is, how divergent can your views be and still be a part of a faith group (in contrast to forming a new one)? Can you believe, for instance, that Muhammad is not the prophet and still call yourself a Muslim? The vast majority of Muslims would say you cannot. For Christians, calling yourself a Christian while not believing God has always existed as the triune Father, Son, and Holy Spirit is just as inconceivable. That’s what Mormonism does. It’s not a Christian denomination. It is a different religion.

I’m not sure that I follow his Islam example.  Mormons, like evangelicals believe Jesus is the Son of God, our Savior, etc.  So I think his comparison to Muhammad is off.  While evangelicals and Mormons agree that we have different beliefs about the Trinity, to me that is not a reason to say that Mormons are not Christians, though it is obvious that Stetzer disagrees with me on that point.  (I respond that the word Trinity–or triune God–never appears in the Bible, so to me the Trinity is a non-biblical doctrine.  I agree that Trinity has centuries of historical support among traditional Christians.)

I guess this hearkens back to the issue in the First Century when Christ’s early followers were considered Jews.  It really wasn’t until the 2nd century that Christians considered themselves separate from Judaism.  Should Mormons make a similar break?  Terryl Givens has also advocated that Mormonism should be referred to as a new religion, so Stetzer isn’t alone in this thought.  Should Mormons embrace the concept of a new religion, rather than simply being another Christian denomination?  Are we so different that we shouldn’t accept the Christian name anymore?  From Stetzer’s perspective, it would be as if Christians preferred to call themselves Jews rather than Christians.  Stetzer says

Mormonism is a different faith or religion. Three out of four Protestant pastors (and it’s higher for evangelicals) agree that Mormons are not Christians.

The problem is that most Mormons want to use the Christian label without believing biblical, Christian theology.

What do you think of Stetzer’s positions?