This week, Bryce Cook published a new comprehensive essay on the church’s stance toward LGBT members. Bryce Cook is a founding member of ALL (Arizona LDS LGBT) Friends & Family and a co-director of the annual “ALL Are Alike Unto God” Conference held every April in Mesa, Arizona. He is married to Sara Spencer Cook and together they have six children, two of whom are gay. Since their oldest son came out publicly in 2012, Bryce and Sara have become public allies for LGBT people in and out of the church.

The essay is a long but fascinating read. I’ll cover a few highlights here, but I encourage you to read it in its entirety for yourself here.

The essay begins with an overview of the historical statements by various church leaders on the topic of homosexuality. It is easy to demonstrate that positions have changed dramatically as time has increased understanding of homosexuality. He demonstrates clear shifts in the following:

Pew Surveys showed that Mormons were becoming more accepting of gay people, a 50% increase in acceptance of homosexuality (from 24% to 36% in 7 years), and at the same time, gay marriage was becoming legal. As a result, the church began to retrench on its positive positions toward homosexuality and our LGBT members. This retrenchment culminated in the Nov. 5 policy to exclude children of gay-married parents from ordinances and to consider any gay-married church members as “apostates” and adding to the psychological pressure faced by LGBT members.

Cook continues by enumerating other areas of change the church has embraced in contrast to earlier held positions:

The rest of the essay pivots on two premises:

Cook asks that the reader who doesn’t personally know many gay people or hasn’t talked with them about their own experience suspend their ignorance long enough to read the remainder of the essay, which includes many first hand accounts from believing Mormons who are also LGBT. 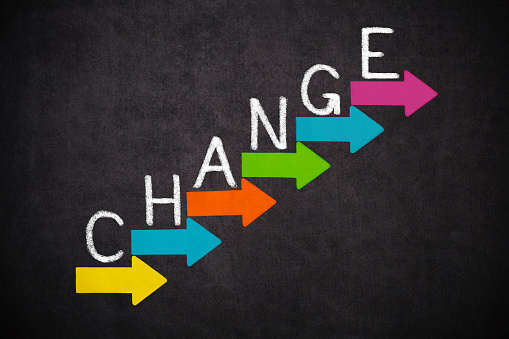 The next section discusses the doctrinal origins of the church’s stance. There is very little in canonized scripture that refers to the modern love-based same-sex relationships developing in our day. Cook explains the context and beliefs behind existing scriptures that do prohibit homosexual behavior.

Modern day teachings on homosexuality are next reviewed, although they are more focused on describing heteronormative relationships, not on discussing those cases in which individuals are attracted to someone of the same sex. Because these documents don’t speak to the homosexual experience except implying it is not “normal” (or the heterosexual norm described), Cook asks if we are certain that we understand God’s will on this subject. Have we sought revelation from the perspective of a gay person or just from a set of assumptions as heterosexuals who believe heterosexual unions are the only way to protect society? He also talks about the oddity of prescribing celibacy, a requirement that the church has often decried in other churches.

Celibacy is the prescribed solution for the question to which we have no revelation. It is not mentioned in the Proclamation. It is not [taught] in the Bible. Neither celibacy nor homosexuality is mentioned in any work of modern scripture… There is no modern apostle or prophet who has expounded on how to live a celibate life. There is no handbook, guide or Church website addressing the subject. It is just expected. It is what you are left with when the commandments leave you nothing else.[41]

Speaking of the old adage from Proverbs 29:18 that “where there is no vision, the people perish,” Cook talks about the lack of vision for homosexuals that has contributed to suicides in the LGBT community.

Cook mentioned one other important callout, the claim made by E. Wickman in a 2006 interview that homosexuality did not exist in pre-earth life and will not exist after we die. While this may give straight people some comfort that the unfairness in this life doled out to homosexuals is temporary, it can foster suicidal thoughts in homosexuals who believe that they would be better if only their earthly trial would end. This is certainly not an outcome the church should be encouraging, even accidentally through feel-good speculation.

Cook ends the discussion on doctrine with some valuable questions about how certain we are about God’s will. Is our certainty so strong that we can accept the consequences of our statements on the gay community? Or are we speculating on the basis of traditions and biases that we will later regret as we have with other issues?

Cook encourages all of us to follow Pres. Kimball’s example in questioning our own motives and biases in defending positions that harm LGBT church members.

Cook observes that many of the opponents of LGBT rights focus solely on the sexual aspects of their relationships, not on the loving aspects, and as he points out, it would be equally unfair to judge heterosexual relationships in this way, and yet we manage to avoid that.

He also cautions readers to avoid assuming their instincts and revulsion about homosexual sex are morally right. He compares this to the feelings of disgust that some have held toward interracial marriage or that children feel when they first hear about sexuality. Likewise, the notion of homosexuality feeling “unnatural” is debunked. Heterosexual sex seems “natural” to heterosexuals. Homosexual sex seems “natural” to homosexuals. Celibacy, on the other hand, does not feel natural to either.

The last argument about the moral basis for our position on homosexuality is whether it causes harm or benefit. LDS parents of gay children desire for their children to have stable, committed relationships that result in their wellbeing, just as they do for their straight children.

This section talks about the fruits of our policies toward gay church members.

The word “empirical” can be defined as “based on observation or experience rather than theory or pure logic.” Jesus advocated this approach in judging whether something was of God when he taught, “by their fruits ye shall know them.”[64] Elder M. Russell Ballard has stated that, “A church, or any way of life, should be judged by the fruits or results that it generates.”[65] Therefore, if the church’s position on homosexuality is based on eternal truth and is morally sound, we would expect that living that way would produce “good fruit,” while being in a same-sex relationship would produce “bad fruit.”

Cook goes on to describe his own experience with gay church members, having two sons who are gay, and helping to found an LDS LGBT support group with over 500 members. He also actively participates in Affirmation, the oldest and largest LDS LGBT organization. His oldest son came out 13 years ago, and he has met and knows personally hundreds of LGBT people.

Cook shares the observed fruits of the church’s stance for gay youth:

One of the most powerful aspects to the essay is what follows, a sharing of the personal stories of many LDS LGBT individuals. If you don’t know many gay Mormons yourself, reading these stories will help you to understand their experience in a more profound way.

I’d love to share them all, but in the interest of space, I’ll choose just one:

I felt discouraged that I had not changed. My life felt stagnant. Many times I thought of driving off a cliff or into a rock wall, but luckily it was just thoughts that filled my mind on those serene lonely drives. … Over the next five years, I continued to go through cycles of false hope, frustration, and depression: My mind just keeps going in circles … I think I have no hope of marrying, so I get depressed and think I have no purpose in my life, so I think of just ending it now. It would make things so much less painful. Just think of having to endure never being intimate physically or emotionally with anyone. … Every day I am at a crossroad. I am paralyzed to succeed in my life. My procrastination and negative thoughts poison my future. …

I spoke a lot of how my faith in God has waned and that I honestly do not believe in God anymore. I said, “I could not understand how a God with a plan of Eternal Families could put 2-5% of his children down on earth lacking the fundamental key to be able to at least marry.” … I reread a lot of the teachings of the Church, and I realized that the teachings I had been taught about homosexuality were incorrect and were based on false stereotypes. I began to feel betrayed. I finally accepted that being gay did not make me broken. I accepted that I was not innately evil. I realized that if any of the amazing guys that I had been attracted to had reciprocated my interest, then I would have been in a committed monogamous relationship. I had never wanted to live the stereotypical “gay lifestyle” that I had been taught was what gays innately want to “act out.” I knew I wanted and aspired to have the same type of relationship that many straight Mormons desire to have.[74]

The same reasons that heterosexual marriage makes society stronger are the reasons that gay marriage does. Pair-bondings and families strengthen society by giving individuals emotional, financial and physical support when they need it. Marriage helps individuals behave more morally. Preventing gay people from marrying a person to whom they are attracted gives them the damaging message that they don’t deserve stability or support or family, and that they should behave in immoral or reckless ways. Honoring commitments to a partner creates stability and morality and strengthens our society.

The longer this change is in coming, the more people we will lose – not just gay people, but increasingly their family members, their friends and other sympathetic members of the church, particularly younger people, who do not see same-sex marriage as a threat to society or a sin against God. And unlike black people who had the choice of not joining the church during the priesthood/temple ban, gay babies are born into the church every day and at increasing numbers as the church grows. Their departure – along with their families and those who care about them – ultimately harms us as a church more than it does them. It leaves a gaping wound in our church, the body of Christ. And sadly it is our doctrine, not their weak character or lack of spirituality, that is pushing them out.

Cook ends his essay with a plea for courage to ask for further revelation, but also on a hopeful note that we can find the right path.

36 thoughts on “LGBT Questions: An Essay”