Is it justifiable to do something that is morally wrong because that thing will be done with or without your involvement, but if you do it, you can either keep it in check or sabotage it?

Many will remember the Chad Hardy excommunication a few years ago. Hardy was behind the shirtless Mormon missionary calendars and the launch of another version for Mormon MILFs. At the time he was brought in for a disciplinary council, he was not actively attending church, but neither did he wish to resign his membership. He was asked by the council if he would discontinue making the calendars at their request, or even at the request of Pres. Monson. His answer, although unsatisfactory to the council, was an intriguing defense. He said that he couldn’t discontinue making the calendars because he had a business partner, and that his partner was far more radical in his ideas than he was. He said he was keeping his partner in check by being directly involved. While this defense was potentially compelling (not compelling enough as it turned out), his ambivalent feelings toward the church may have been the real reason he was ultimately excommunicated.

I immediately thought of Chad Hardy’s defense when we were watching Rogue One as a family over the holiday. In the movie, the lead character Jyn is the daughter of a brilliant engineer, Galen Erso. He had previously developed technology that the Empire was using to create the planet-killing Death Star. When he discovered how they were using his technology, he fled the Empire and hid on a remote planet, but as the movie opens, he’s discovered by his former colleague and forced to return to the Death Star project. Many years later, explaining his involvement in such a terrible endeavor to his daughter, he states that many people could have done what he did, but because he was working on it, he was able to build in a flaw that the rebels could exploit (a flaw very familiar to followers of the Star Wars franchise).

The Spirit in a Bar

I am also reminded of a recent Gospel Doctrine discussion that is related, but not exactly on point. The teacher asked if you can have the spirit with you if you are in a bar. I raised my hand and said, “Of course you can!” It seemed like a completely ridiculous question to me, although the teacher was taken aback because he thought it was obvious that you couldn’t have the spirit if you were in a bar. Given that Jesus supped with publicans and sinners, probably in bars, and that we taught people in bars in Spain on my mission (since bars were as accessible and open as diners there), I didn’t then and don’t now see why we should be so afraid of going wherever people are if we are part of a missionary-minded church. A bar doesn’t drive away the spirit; the spirit is invited by one’s internal state, intentions, and motives. The surroundings are just window dressing. And in a missionary minded church, we can’t be so afraid of being tainted by evil that we never meet people who live differently than we do.

In Man’s Search for Meaning, psychologist and concentration camp survivor Victor Frankl describes that human beings are continually faced with choices of good and evil. He shared examples of oppressors who in later years devoted their lives to service, as if they needed to make up for what they had done. He also shared examples of former camp victims who acted callously toward others, as if they had nothing left to give to a society that had failed them so fundamentally. But the choices of good and evil are always before us, regardless our circumstances. Where there’s life, there’s hope.

I met up with one of my mission buddies over the holidays. We were in the highest baptizing mission in Europe at the time we were together. Friends in northern European missions asked how we achieved such success. A friend of mine who was in a very low baptizing mission said “You guys must be really obedient,” which made me laugh out loud for two reasons: 1) I didn’t really see the connection between a missionary following the rules in a handbook and random people choosing to join the church, and 2) there were plenty of very successful missionaries in my mission who broke lots of mission rules. While I was fairly obedient, even our Zone Leaders and APs bent the rules beyond recognition.

To some extent, at least from what she & I saw, the less obedient you were, the more successful you were in finding and teaching people. One reason could be that you were out where the people were, you were approachable, and you were having fun and being yourself. You weren’t tightly wound. My mission friend pointed out that when her Visa came though and she ended up in another mission, it was like going from summer camp to boot camp. Leaders continually berated the missionaries for lack of success, telling them that it was all about their obedience and adding rules and sacrifices to keep them focused – longer hours, more restrictions, less fun. But is that really the best way to find people who are seeking the gospel? Will we find and attract the ones who are ready if we are so inwardly focused? 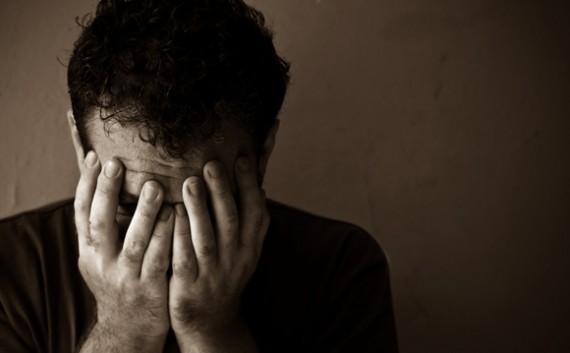 In the Jim Collins management book Good to Great, he talks about the importance of focusing internally when things go wrong, looking in the mirror to assess blame for lack of results. When things go well, he says a great leader will look out the window to find the reason for success: market factors, good weather, whatever, rather than taking credit. That’s all good and well for great leaders in corporate jobs. But I’m not sure it applies to missionary work specifically. I would think we would attract more people to the gospel if we seem to be enjoying it rather than feeling like crap for minor infractions. Based on our experiences, my mission friend saw it that way, too. Being disobedient might not have been an asset, but ratcheting up the guilt and the rules was a real liability.