Heavenly Mother has been a hot topic on the blogs lately. Some attention is due to a new children’s book published early September by Deseret Book[1]. Other discussions centered around a recent Harvard Theological Review article by Taylor Petrey, “Rethinking Mormonism’s Heavenly Mother”[2] in which Petrey encouraged exploration of Heavenly Mother theology within the bounds of a “generous” orthodoxy. When it comes to Heavenly Mother, though, it’s difficult to pin down what we believe within regular orthodoxy, let alone a generous one.

Is Heavenly Mother doctrine?
According to the church’s handy dandy doctrine identification tool, yes, the existence of Heavenly Mother is doctrine. Two older First Presidency Statements mention Her explicitly (1909 and 1925), and the 1995 Proclamation on the Family implies her existence (and possibly others) with “heavenly parents.” Heavenly Mother is noted in at least four new church publications published within the last two years: “Becoming Like God” Gospel Topics essay (2014), “Mother in Heaven” Gospel Topics essay (2015), The Eternal Family CES cornerstone course teacher manual (2015), and the Doctrinal Mastery New Testament teacher manual (2016).[4]

Characteristics of Heavenly Mother (I’m sticking with the singular form for ease) as described in the most recent church publications (2014-2016):

She has a body. Definitely. In a step beyond gender as an eternal characteristic, The Eternal Family manual quotes Joseph Fielding Smith’s 1957 Answers to Gospel Questions, “Is it not feasible to believe that female spirits were created in the image of a ‘Mother in Heaven’?”

Implied. In The Eternal Family manual, “As men seek to righteously fulfill the roles of husband and father, they become more like their Father in Heaven.” (In the chapter on women’s roles, only motherhood is explicitly connected to heavenly parents.) Obviously our understanding that men and women must enter into the new and everlasting covenant of marriage to be exalted supports the idea that Heavenly Mother is married. In recent publications a divine Mother or Heavenly Mother is singular, suggesting monogamy. The generic term Heavenly Parents, however, could technically work with a number of different marriage systems.

She is a mother.

Definitely. From the “Mother in Heaven” essay (and repeated in the Doctrinal Mastery manual), “all human beings, male and female, are beloved spirit children of heavenly parents, a Heavenly Father and a Heavenly Mother.” The Eternal Marriage manual uses the 1909 First Presidency statement. The “Becoming Like God” essay has it’s own explicit phrasing that Heavenly Mother is our mother.

Definitely. The “Mother in Heaven” essay quotes Susa Young Gates, “the divine Mother, [is] side by side with the divine Father.” It also includes a statement attributed to Elder Rudger Clawson, “We honor women when we acknowledge Godhood in her eternal Prototype.” However, that essay and the Doctrinal Mastery manual both repeat the prohibition on worship of and prayer directed toward Heavenly Mother. The Eternal Family manual specifies that our works bring glory to Heavenly Father as opposed to Heavenly Parents or a Heavenly Mother. 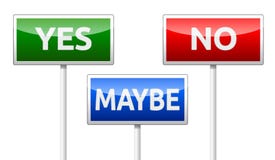 She is co-designer of the Plan of Salvation.

She is co-creator of the world.

Absent. Even though this responsibility was mentioned in the past by church leaders (see the BYU Studies article), there’s no indication in recent publications that Heavenly Mother was involved in creation beyond mothering spirits. It should be noted, however, that although “the Creator” in the Family Proclamation appears to be Heavenly Father, the church tends to emphasize Jesus Christ as creator of the earth working under direction of the Father. If you remove the Father from direct involvement in creation, there’s little reason to include the Mother.

She is an involved parent in mortality.

Definitely-ish. The “Mother in Heaven” essay quotes President Harold B. Lee, “We forget that we have a Heavenly Father and a Heavenly Mother who are even more concerned, probably, than our earthly father and mother, and that influences from beyond are constantly working to try to help us when we do all we can.” Most people understand Heavenly Father’s influence transmitted by the Holy Ghost or Light of Christ, but it’s unclear how Heavenly Mother’s influence might be felt. Nothing in recent publications sheds light on church-approved methods of interacting with Heavenly Mother.

An orthodox viewpoint, then, sees Heavenly Mother as a divine woman, the mother of our spirits. She most likely has a physical body and is married to Heavenly Father (probably monogamous, but not guaranteed). She might have had a role in designing the Plan of Salvation (but probably not), and she can somehow exert influence in our mortal experience.

What are we doing with Heavenly Mother doctrine?

It’s somewhat surprising how much traction we’ve historically gotten out of such limited understanding. There was quite a bit of speculation about the nature of Heavenly Father’s wife/wives in the 19th century, with Orson Pratt in The Seer calculating the time necessary to gestate tens of millions of spirit babies in the premortal realm and Brigham Young hypothesizing Eve as one of many wives of Adam-God. Both systems of thought were later repudiated quite strongly by the church.[5] In the early 20th century, Heavenly Mother received shout-outs by two different First Presidencies when they published official statements responding to increasingly popular ideas of evolution in 1909 and 1925.

In Petrey’s recent Harvard Theological Review article, he expressed concern that Heavenly Mother is currently used to push a heteronormative agenda. Whether you think that’s a good or bad thing depends on your perspective, and I think the Church views this as a good thing. In the “Mother in Heaven” essay, church leaders declare, “We have been given sufficient knowledge to appreciate the sacredness of this doctrine and to comprehend the divine pattern established for us as children of heavenly parents…” In The Eternal Family manual, Heavenly Mother is used in connection to the idea of gender as our eternal identity and purpose, followed by a discussion on Church views of same-gender attraction. The more gender roles play a role in our discourse, the more we’ll likely see Heavenly Mother put forth as the example of female gender roles in both the premortal realm and the eternities.

There are clear limits to our orthodox understanding of Heavenly Mother.

Somewhere we need to place caveats when using our doctrine of Heavenly Mother. First, given how little we know of her, we are not on firm ground when we use her as a defensive (or offensive) argument. Even though we believe Heavenly Mother is female, a wife, and a mother, we have no revealed information on what this divine “Prototype” acts like, talks like, thinks like, or does in her roles as woman, wife, and mother. If we are using her to argue what a woman should be like, then we need to be clear about where we are really getting our understanding, because it’s certainly not from any revealed information about Heavenly Mother. Elder Oaks declared that our highest aspiration is to be like our heavenly parents. One reason a lot of Mormon women tend to stick with becoming like Heavenly Father in common discourse is we really don’t know what becoming like Heavenly Mother entails.

Second, when you involve Heavenly Mother in a discussion (as well as Heavenly Parents and Divine Parents), distinctions become notable. Above I noted an example of how “Heavenly Parents” in one sphere suggested Heavenly Mother’s involvement in designing the Plan of Salvation, later contradicted by publications specifying Heavenly Father as the author. I’ve also mentioned previously how The Eternal Marriage manual says women bearing children glorifies Heavenly Father while making women more like our Divine Parents. That the Father receives additional glory based on our actions with silence concerning any glory related to Heavenly Mother inevitably suggests inequality. We don’t know enough of Heavenly Mother to understand the power structure between Her and the Father, so any time the ultimate superiority of Heavenly Father is noted while Heavenly Mother is in the discussion, we undermine the notion that men and women are on equal standing in families and in the eternities.

[1] Our Heavenly Family, Our Earthly Families by McArthur Krishna and Bethany Brady Spalding, illustrated by Caitlin Connolly. McArthur Krishna wrote about her book at Segullah. Reviewed by Meredith Nelson at the Mormon Women Project, Rameumpton at The Millennial Star, Julie A. Smith at Times and Seasons, Ashmae at By Common Consent, and Petra at Zelophehad’s Daughters.

[3] Since I’m sticking to orthodoxy, I won’t explore academic theories surrounding Heavenly Mother. One of my first guest posts here was the strengths and weaknesses of Heavenly Mother as Lady Wisdom, Asherah, and the Holy Ghost (Spoiler alert: I’m not a strong believer in any of those).

[4] The fact I feel compelled to prove it is doctrine, of course, completely undermines the argument. No-one will lose a temple recommend for expressing doubt in the existence of Heavenly Mother.

[5] Even though Orson Pratt’s theories in The Seer were fairly quickly disavowed as speculation by the First Presidency, they exerted a powerful influence on how we look at Heavenly Mother. In particular I was struck by how similar Orson Pratt‘s reasoning was to President Hinckley’s 1991 remarks concerning the Heavenly Mother prayer prohibition:

But if we have a heavenly Mother as well as a heavenly Father, is it not right that we should worship the Mother of our spirits as well as the Father? No; for the Father of our spirits is at the head of His household, and His wives and children are required to yield the most perfect obedience to their great Head. It is lawful for the children to worship the King of Heaven, but not the “Queen of heaven.” The children of Israel were severely reproved for making offerings to the “Queen of heaven.” Although she is highly exalted and honored as the beloved bride of the great King, yet the children, so far as we are informed, have never been commanded to pray to her or worship her. Jesus prayed to His Father, and taught His disciples to do likewise; but we are nowhere taught that Jesus prayed to His heavenly Mother:… (p. 104-105)