A dear friend of mine died last year.  As she aged she reflected that while it used to be that waiting for Christmas seemed like years — and the wait was 25% of her life, it now seemed like it came once a week (or about 1.25% of her life).  The conversation was interesting because we have both written in Fantasy & SF (her focus was more feminist SF, mine FRPGs) and one thing that comes up is very long lived races and cultures.

For someone who is only four, Christmas is an incredibly long wait.  For someone who is ten thousand years old?  Much less.  1/4 of your life vs. 1/10,000?  The difference is a factor of 40,000 times shorter for the older person. As another friend remarked, washing the sheets every week seems like you are changing them once an hour, even if you aren’t.

There are other perspective shifts that start to arise with the long view. 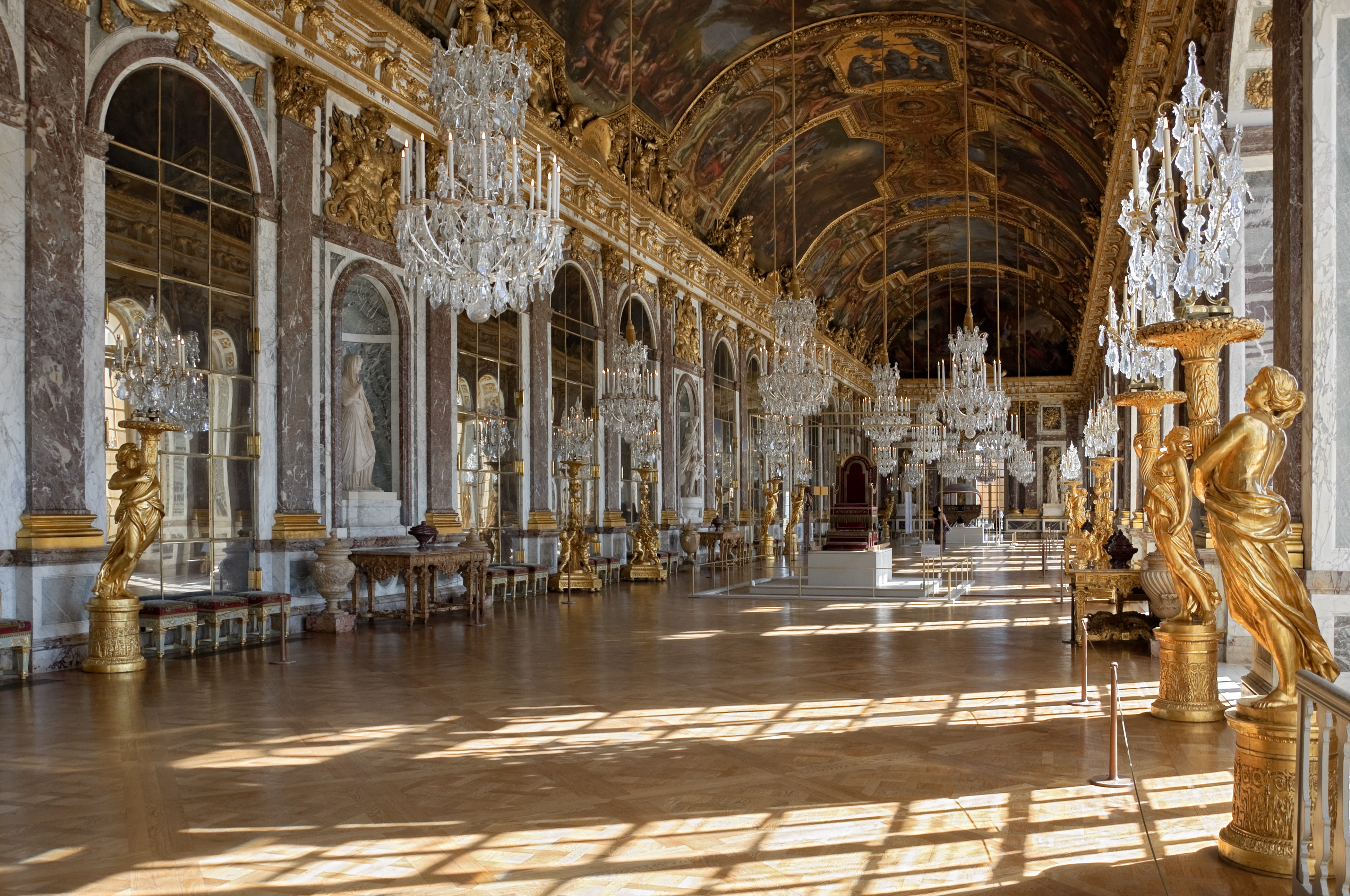 When I visited Versailles as a part of celebrating my twentieth wedding anniversary, I realized that in just a couple hundred years or so, things had changed to where I had better air conditioning, better heat, a better bed, better food and a much cleaner place to live than the person considered the wealthiest and the most successful person on earth at the time.

I recently saw mirrors given Thomas Jefferson by the French at Monticello.  In their day they were extremely expensive and a sign of great largess.  By today’s standards they are the sort of thing just about anyone would throw out, and not discretely.

Technology has changed so much in such a relatively short period of time.  A friend quipped that if heaven was only two hundred years more ahead of us, heaven was beyond our understanding as to just how good it would probably be.  If it was a thousand years ahead, he thought it would probably be worth dying immediately to get to now rather than waiting.

For comparison I remember an anthropologist who was talking on NPR.  He had been coated with mud and eating grubs with his guide when he realized it was Thanksgiving Day.  The guide looked over at him and said “I know how it feels, the mud is better and the grubs tastier in my village too.”

You say, “I am rich. I have become wealthy. I don’t need anything.” Yet you don’t realize that you are miserable, pitiful, poor, blind, and naked.

There were some very wealthy people at the time of Christ.  If you measure their wealth in gold or other things they were incredibly wealthy even by today’s standard.  Yet if you measured their wealth by the quality of their teeth, their ability to eat a balanced diet of fresh food, to sleep without bedbugs, to dress without fleas, to take a hot shower  when they wanted or to be able to travel quickly, they were poor. They did not have cataract surgery or even a good pair of glasses available to them.  They didn’t even have Motrin or aspirin.

Much like the people addressed in Revelation 3:17 (quoted above) they thought they were rich.  But by the time of life that they were rich, by our standards they had nothing to help with their arthritis, they were miserable, pitiful, poor blind and naked (they even didn’t have pants back then).

It is easy to look at eating grubs, wearing mud to protect oneself from the biting insects, and to see that.  With understanding we can see it when we look at Rome at the time of Christ.  But odds are that whatever the technological level of heaven it is as far ahead of us as we are of the most primitive of men when humanity still did not have agriculture and couldn’t pressure flake flint for better tools.

If those in heaven are only a hundred thousand years old, our lives pass in the relative time it takes us to blink an eye.  If they are only ten or twenty thousand years ahead of us in technology, our lives are so miserable, that short as they are, they are only worth living so that we can die and move on.  And, just as to us, the Sun King and a Roman Oligarch were flea bitten and ill fed, with lives that really weren’t that pleasant, our lives probably do not look significantly better or more pleasant.

Not only that, even for things that seem unbearably long, like being separated from a child who has died, no suffering we have seems to last very long from that perspective.

Even more, the only thing that really has value in a life such as ours is human connection — friends, kindness and gaining an attitude that fits into a life where the only real currency is love.

That is just the beginning of what eternity means. Which is probably why we tend to ignore anyone who tells us that we are miserable, pitiful, poor blind and naked or that our suffering is but a short moment — and why we rarely get told about it.

What should we do?