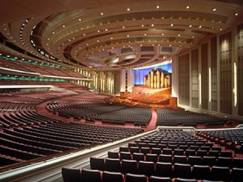 First, I must start with a confession.  I haven’t yet watched General Conference.  Despite living in the future here in Asia, we are living in the past in terms of General Conference which will be aired at the local church next weekend (or alternatively, live on-line now).  However, I have read some of the recaps, including a live thread by good friend Ray at StayLDS.com.  Here are some highlights pointed out in that discussion as evidence of progress.

Overall, what did you think?  Was the conference effective at clarifying old misunderstandings?  Were there other statements or talks that you considered progressive?  Discuss.