12 The Lord sent Nathan to David. When he came to him, he said, “There were two men in a certain town, one rich and the other poor. 2 The rich man had a very large number of sheep and cattle, 3 but the poor man had nothing except one little ewe lamb he had bought. He raised it, and it grew up with him and his children. It shared his food, drank from his cup and even slept in his arms. It was like a daughter to him.

5 David burned with anger against the man and said to Nathan, “As surely as the Lord lives, the man who did this must die! 6 He must pay for that lamb four times over, because he did such a thing and had no pity.”

7 Then Nathan said to David, “You are the man! There are two ways of looking at power and position.  One is that it grants you the privilege to do more and to exploit others more.  The other is that it is a grant of responsibility.

It is the conflict between God and Mammon.

If a missionary is exploiting someone, do you punish him more for abusing his position of trust and his calling, or do you protect him because he is “more valuable” than the victim?

In the one case, you are holding him responsible for his advantages and position.  In the other case, you are granting him a privilege to sin at the expense of others.

A recent podcast on leadership discussed much of that. [Harbinger Show].

A significant part of it was on ownership by leaders — of the responsibility flowing uphill. They also discussed the concept of leadership and follower capital.  What do you expend your ability to influence on?  A leader who spends their ability to lead on things that are minuscule, has wasted it.

The same is true of a follower.  A follower who complains and carps about everything loses the ability to influence leaders at all, they’ve spent their capital.  When you look at someone with a cause, have they built up capital, served and supported, and then pushed a single cause, or have they cycled through many causes with a history of complaints?  One is more likely to succeed than the other.

He also discussed how the game of “rock, scissors, rank” expends capital and creates nothing but problems (you’ve all probably played rock, scissors, paper, the game.  The alternative in the military is trumping all arguments with rank — the I’m in charge, we do it my way, regardless of the logic or the reasons).  It is a way to ruin an organization, to rely on privilege without responsibility. 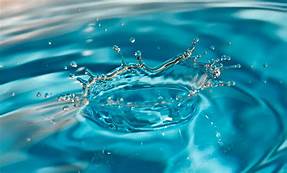 34 Behold, there are many called, but few are chosen. And why are they not chosen?

35 Because their hearts are set so much upon the things of this world, and aspire to the honors of men, that they do not learn this one lesson—

37 That they may be conferred upon us, it is true; but when we undertake to cover our sins, or to gratify our pride, our vain ambition, or to exercise control or dominion or compulsion upon the souls of the children of men, in any degree of unrighteousness, behold, the heavens withdraw themselves; the Spirit of the Lord is grieved; and when it is withdrawn, Amen to the priesthood or the authority of that man.

38 Behold, ere he is aware, he is left unto himself, to kick against the pricks, to persecute the saints, and to fight against God.

39 We have learned by sad experience that it is the nature and disposition of almost all men, as soon as they get a little authority, as they suppose, they will immediately begin to exercise unrighteous dominion.

40 Hence many are called, but few are chosen.

14 thoughts on “Responsibility vs. Privilege // God vs. Mammon”