In discussing the genocides in the Old Testament, it is important to note that there are two completely different narratives about the genocides and whether they occurred.

In fact, when looking at the Old Testament, over and over again there will be more than one narrative and often the different narratives will disagree.

“This is now bone of my bones, and flesh of my flesh; she shall be called Woman (ishah),   Because she was taken out of Man (ish).” For this reason a man (ish) shall leave his father and his mother, and be joined to his wife (ishah); and they shall become one flesh.Genesis 2:23-24″

Or the flood — it also has two different stories.

In the one story the rains fall and everyone (but Noah and family) dies.  In the other, the Nephilim and others all survive and Noah’s grandson divides the land with other peoples who speak a different language than he does. 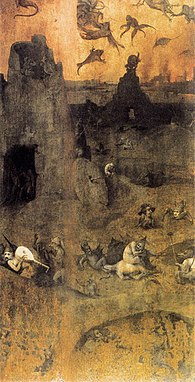 Which leads us to the Nephilim in the promised land.

“33 There we saw the Nephilim (the Anakites come from the Nephilim); and to ourselves we seemed like grasshoppers, and so we seemed to them.”

The first narrative — in the scriptures — is that the incoming Israelites were a small people, and that God told them they would incrementally inherit the land rather than by conquering it and exterminating everyone else.

On the other hand is a translation that has the Israelites as a people numbering over a million.  They go into the promised land and completely annihilate everyone there.  That is pretty much the story in Joshua.

That compares to is a translation that has them numbering in the area of ten or twenty thousand or so and who move in, eventually becoming a significant presence, but initially swamped by others — which is pretty much the story of the early book of Judges where it turns out that everyone else in the land has not be annihilated.

Thus we have the convergence where we have stories where the people slain and destroyed through genocide (for their worship of Baal and others by child sacrifice and sexual exploitation) show up a few years later as if never slain.

Those will not be the last of the multiple, conflicting narratives.

I’ve written about David.  Either he is part Moabite (and thus can never enter into the congregation of Israel according to the law that Nehemiah followed), or he is part Moabite and his foremother Ruth is an exemplary person from whom the Messiah would descend.  Obviously those are vastly different narratives.

But with the genocide stories, you have to ask, what is going on?

First, the scriptures we have combine a multitude of narratives and stories into one collection.  That collection was then edited heavily, several times and includes popular poetry, wisdom and other genres as well as history and two different sets of histories (if you read Kings and Chronicles side by side you will often notice they disagree on details such as when a king’s rule ended or whether it was good or bad).

That leads to stories ending up in the same book that don’t agree with each other.

Second, the child sacrifice, the sexual exploitation and other ritualistic issues, made for a culture divide that the Bible condemns strongly.  Part of that is the narrative that those who were a part of it were worthy of death and to be purged out of the land or terrible things would happen.

Third, after the Babylonian Captivity, when the people returned to the land, the scriptures were consolidated and then heavily edited.  Part of that was to make them “real scriptures” which meant adding what are called “triumph narratives” (in common with much of the literature of the area) where conquered peoples = genocide = proof of the power of God.  The scriptures could not talk of God being God unless he had a triumph narrative, so one is added to the story.  It is hard to imagine (for our day and age), but it is a literary device to make God look better.

The entire story of genocide in the Bible makes a good reminder that:

3 thoughts on “Revisiting Genocide and other Old Testament Themes”