A recent article in the excellent new site the Sisters Quorum talks about a situation in which a woman’s daughter, a victim of rape by fraud, is further traumatized in a series of interviews with her local leaders who are trying to gather additional information on the perpetrator and who don’t have much training or experience with the concept of rape by fraud.[1] It is a topic that isn’t well understood, and there are some reasons for that. The laws surrounding this crime differ by state, it overlaps with other sex crimes, and if defined too broadly, it can be difficult to prosecute. So let’s take a closer look.

First, what is rape by deception (aka rape by fraud)? Wikipedia says:

Rape by deception is a crime in which the perpetrator has the victim’s agreement and compliance, but gains it through deception or fraudulent statements or actions.

For Mormons, this is rendered more complex because while Rape by Fraud or Deception is a specific form of legal rape, it also may be a violation of the Law of Chastity (unlike other forms of rape). You didn’t consent to sex with the person you thought you did, but if you consented to extra- or pre-marital sex, even if your partner was deceptive, you may still have violated the Law of Chastity.

A Dialogue About Rape by Fraud

I had a discussion with a male friend about the concept of rape by fraud that will illustrate some of the difficulty in understanding the concept. I’ll call him David.

ME: So, specifically, I had a roommate at BYU who was from another country. She was only there on a student Visa. She was attending UVU, although we were in BYU-approved housing, and she was actively attending our LDS student ward. She met a guy who claimed to be a fellow student, even sat in some of her classes. They met up on a few dates, and things started to get serious. They were talking about marriage, and she was excited to get her green card and stay in the US. Things went too far on a few occasions, as they sometimes do, and she had sex with him a few times. She felt guilty and was going to repent.

Then she discovered that he wasn’t a UVU student at all. He was a married guy with 3 kids living in Orem who trolled the campus looking for vulnerable female students to “date” and have sex with. She was devastated by his deception, and eventually dropped out of school and went back to her home country.

That’s rape by fraud. She would never have in a million years been in a “relationship” with him otherwise, and the only thing he wanted out of it was sex. She wasn’t sexually active and was planning to save herself for marriage. He used his lies to get her to comply, and he had done it with other girls before as she found out. Plus, the dude looked like that Nazi who gets his face melted off in the first Indiana Jones movie.

DAVID: I would call it fraud but not rape. I think taking violence out of the equation will actually cheapen what rape means and will make it so that victims of both rape and fraudulent seduction are less able to get redress. The behavior is, of course, worthy of condemnation, I would just prefer a different term to describe it. To me, rape is one of the most terrible things that happens in the world and it is a violent crime that isn’t really about sex as much as it is exercising violent power over another person.

I look at this from a legal perspective and see a problem with calling lying to get someone into bed, ‘rape’.

“If I had known he was half Mexican, I never would have had sex with him. He raped me.” And off he goes to prison for maybe his whole life is a concern for me. Rape should be a big deal and rape by frauds seems to me to make it less meaningful.

ME: I worry about the term “seduction” in general which sounds slightly Victorian, like some guy with a handlebar mustache and waistcoat has behaved in an ungentlemanly manner.

I agree that applying the term rape to a non-violent situation can seem problematic; however, date rape is often non-violent. If you have been roofied, you’re going to be passive in the encounter. Depending on the drugs given, you might even “participate” with diminished capacity to resist. Is that not rape? Even without drugs, emotional coercion and “not taking no” can be rape even if it’s not outwardly violent. There can be internal abrasion and no physical signs of violence. That’s still rape.

Not all rape is equally violent. Elizabeth Smart (after her initial abduction) was passive to avoid violence and to get it over with. I think your example is not on point. Not revealing your race is not deliberate fraud or deception. Also, rapists are not jailed for the rest of their life (usually 10-15 years max, often out in 5-7).

I was looking it up, and was somewhat surprised that there’s precedent for rape by fraud (aka rape by deception) as early as the 1860s. It’s not a carte blanche defense.

DAVID: I think physically making a person unable to consent is different than tricking someone into consent. Consent regretted is still consent that was given, if that makes sense.

ME: What you are getting at, and where this gets tricky is that from the church’s perspective, the Law of Chastity is still violated because the consent was obtained in a situation where the church says it’s wrong (e.g. not already married). Is it legally “rape by fraud”? Yes. Is it also a violation of the law of chasity? Perhaps yes. But that’s not true in other rape cases (although plenty of bishops have misapplied consequences to rape victims, and BYU even now kicks out a woman impregnated by rape).

This is why the church struggles to deal with the concept of “consent.” For one thing, female consent has largely been off the radar for the church as a patriarchal institution. In a patriarchal institution, marriage = consent, but since marital rape also exists, that’s problematic. The assumption in most patriarchal organizations is that the man will have sex if the woman doesn’t prevent it, so if sex happens, the woman is to blame. But if rape happens, the man is to blame, and the woman was wronged. We don’t do very well in the gray areas where a woman ostensibly consents but there are extenuating circumstances or where genders are reversed.

DAVID: In my example, pretend the person actively misrepresents race. Rape is punishable in Utah by 5 years to life and the length of time incarcerated varies but is accompanied in any instance by lengthy parole and sex offender registration for 30 years to life. It’s significantly punished. If your roommate had been beaten and forcibly taken by the con-man I would view that as worse than what actually happened (which was still bad–let’s be clear that I’m merely talking about degrees of culpability)

I like your last comment very much.
I am not personally saying the consent given under false pretenses was either right or wrong. I just think that it is consent given which is different by degree than sex without consent.
ME: You said tricking someone into consent is different than rape. I think you have to take Law of Chasity out of this conversation to understand it. Your dismissal of the concept seems tied to the idea that if you consent to sex under X conditions, you’ve consented to sex so consent is consent. But from real rape by fraud cases, here are some scenarios:
The Barney Stinson Defense 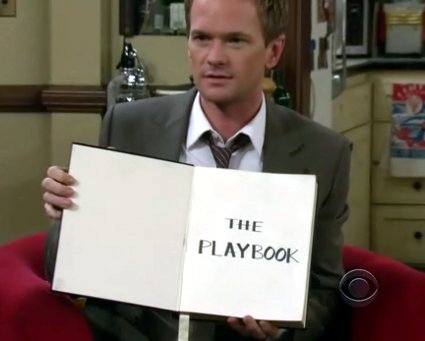 In the TV series, How I Met Your Mother (HIMYM to fans), the womanizing character Barney Stinson has a Playbook he uses full of elaborate deceptions to trick women into sleeping with him. Some of these are pretty far-fetched. For example, here are a few:

This is an ongoing trope throughout the series, and while his friends chide him for his manipulations, they also feel that any woman who falls for his lies is getting what she deserves. [3] Is Barney a rapist? Are they facilitating rape by fraud?

There’s a reason these types of cases are so tricky. Generally, these conditions have to exist:

This is hard stuff to prosecute from a legal perspective, but even more of a minefield in a Mormon context, because there is no case within the church where a someone can consent to sex outside of marriage without having violated the Law of Chastity, even if they did so because of fraudulent information unless they thought they were legally married to that person [4]. Even if the consent was given based on false information, giving the consent to anyone, real or imagined (unless you were led to believe it was your spouse), is the problem. And yet the victim of rape by fraud is also in a very vulnerable position, one involving manipulative coercion.
You can read more examples of actual rape by fraud here, here or here. Laws vary in the US from state to state and certainly by country as well, but the law typically prohibits these more or less clear-cut scenarios:

Some law makers would like to expand these laws to include many more forms of trickery. Even those who oppose rape by fraud may object to broadening legal protections, though, for a few reasons:

A few questions for discussion:

Discuss, but gently as there are real victims of rape by fraud (whether by legal definition or colloquial) out there. It’s an important topic, but as with most issues surrounding human sexuality, it is a topic fraught with vulnerability.

[1] The post is interesting on its own merits, but not up for discussion here. The topic of today’s post is the concept of rape by fraud as a prosecuted crime, and how the definition is possibly expanding as society focuses more on affirmative consent.
[2] They had sex in our kitchen. Ew.
[3] In another episode, a random man Robin dates tries a maneuver he calls The Naked Man. When Robin is out of the room during a date that isn’t going well, he disrobes completely, and when she comes back in the room, the situation is so awkward that she agrees to have sex with him. This is a Playbook-style move, but not one that constitutes Rape by Fraud because, as its originator says, it only works some of the time, and he’s not actually giving her information that is material to her decision. These are people who are dating where the bar is low for consensual, non-committal sex.
[4] –which is BTW one of the most clear-cut types of rape by fraud (someone impersonating another person’s spouse).

20 thoughts on “Rape by Deception: A Discussion”