When I was in 4th grade, we moved to Toms River, NJ. The summer between 4th and 5th grade, I was trying to find friends in the neighborhood since I hadn’t lived there very long, and none of the friends I had met in elementary school lived in my neighborhood.

Our neighborhood was a strange amalgam of ethnicities and religious beliefs with proximity being the only real glue that held us together. The French family across the street (fundamentalist-leaning Evangelicals) had daughters near my age. Their father was abusive, and the unmistakable yelling and crashing sounds were audible from the street. If they noticed a neighbor approaching while they were being beaten, everyone would lay on the ground and pretend nobody was home. On many occasions, I rang the bell repeatedly while listening to their mother’s hushed whispers to stay on the ground below sight of the window until I went away. Our next door neighbors were rowdy good-natured Italian Catholics who skinny-dipped in their above ground pool. Their 26-year old son had raped their daughter a few years earlier, and rather than press charges, they imprisoned him in their basement. He would sometimes order pizza to be delivered to his basement window. If I was really lonely, I could always talk to their son Carmine through his window. There was another girl a few years older than me who lived down the street, but she smoked pot and cigarettes and there were never any adults in the home, all of which made me nervous. Plus, she was post-puberty, and I was not; she mostly wanted to talk about boys. I wanted a friend who would ride bikes, go on adventures (but in the neighborhood), climb trees, or swing on the rope over the sandpits behind the school. The sandpits were a vast landscape of dunes, trees, discarded shopping carts, and other treasures. Later, when I read the Lovely Bones, I imagined the shifting sandpits as a great place to dump a body.

At the end of the street there was an abandoned house with gaping holes in the front steps and some floorboards inside missing. The windows were boarded up and scrawled with profane graffiti. The hedge was full of sweet wild green grapes that were ripening in the summer sun. It was a ten-year old girl’s dream! Once when I was eating grapes outside the house, I met a new friend, a girl my same age named Katherine. I had met her at school, but didn’t know she lived near me. We quickly became fast friends. We looked a lot alike, although I was taller than she was. We both had shoulder-length auburn hair; we were both skinny girls with scraped knees and elbows. She was adventurous like me, and we had fun running, biking, and playing on the playground. I had met her little sister, a tough-talking 8 year old who was an occasional tag along with us. Katherine was kind-hearted and curious.

One day, Katherine wanted to stop by her house. I hadn’t met her family, so I was intrigued but nervous. Some encounters with my friends’ parents had been embarrassing, like when my friend Lyle’s mother offered me kool-aid that turned out to be iced tea, and I had to tell her I couldn’t drink it. She was very irritated about throwing it out, and I felt stupid. Other friends’ parents drank alcohol, and I was worried that they would say or do things that made me uncomfortable if they were drinking. Some friends’ parents smoked which made me cough and my eyes tear up. I asked if her parents would be home, and she said no which made me feel more relaxed.

Her house was a large two-story home set back from the road. The yard was unkempt with nettles and poky weeds all around. I walked to the front door, but she said we’d enter through the back, the kitchen door. When we got there, she reached through a broken pane and unlocked the deadbolt. I was confused by this since I’d never seen someone enter their house this way before.

“I lost my key,” she explained.

“Why don’t your parents fix the glass?” I wondered.

“They haven’t gotten to it yet,” she said. Clicking the bolt, she shouldered the door open. The kitchen had autumn-toned appliances and linoleum (this was the late 1970s, after all). There were 5 or 6 sleeping bags on the kitchen floor.

“Do you sleep in the kitchen?” I asked, confused.

“My parents like us to all sleep together in the same room just in case,” she said. In case of what, I wondered. I didn’t understand why anyone would sleep on the kitchen floor of their own house. I had never met anyone whose life was so different from my own. “At our last house, we had to leave quickly,” she added. 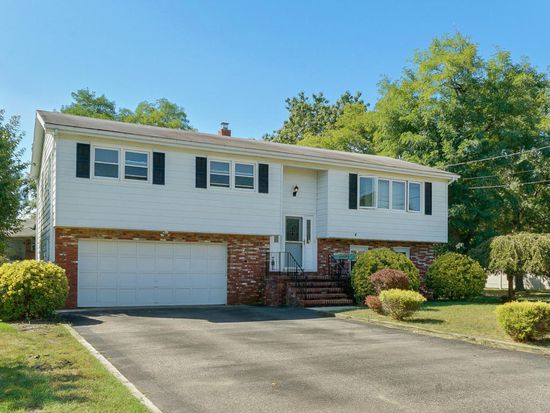 The next day, Katherine said she wanted to go visit a friend of hers, a woman who had just had a baby. I wanted to ride our bikes to the store to buy penny candy. She said we could do that after, but first she wanted to see the baby. I said I didn’t want to go because the woman was a stranger, but she said it would just take five minutes. I relented. The woman lived in a nearby apartment complex. She was very nice, a tall blond woman in a halter top and bell bottoms who chain smoked while Katherine looked at the sleeping baby. I wasn’t very interested in babies, so I stayed by the door the whole time. Katherine asked the woman if she could get a glass of water, then walked into the kitchen. She asked if I wanted to come into the kitchen, but I said no thank you. Soon after, we left.

The next day, Katherine’s little sister showed up at my house. My mother answered the door. Her sister said that I had stolen $27 from the woman with the baby, and that she knew I had it because she had seen it in my dresser drawer. This girl had never been in my house, and I didn’t understand why she would say something like that when it was such an obvious lie. To my increasing alarm, my mother listened to her, went and got her purse, took out $27 out and handed it to the girl. When she closed the door I could tell she was quite angry.

“I didn’t steal from anyone!” I protested, beginning to bawl. I was very upset at the girl’s accusation. “I don’t even know that woman with the baby. I didn’t want to go, and I stood in the doorway the whole time.” If my mother didn’t believe me, who would? Was I going to go to jail? “Why did you give her that money?” I asked.

She sighed. “I know you didn’t steal it,” she explained. Her anger was fading, and she looked tired. “Look, I don’t want you to play with Katherine anymore.”

“I’m sorry, but you’ll just have to find some new friends,” she insisted, then went upstairs.

Despite my mother’s warning, I confronted Katherine the next time I saw her. “Why did your sister say I stole money? I didn’t steal from that woman.”

“I know you didn’t,” Katherine said.

“I’m not allowed to play with you anymore,” I said. Didn’t she see the consequences of her sister’s accusation?

“I know,” she said evenly. Katherine never approached me again after that, although she seemed sad when she saw me. She understood the rules as well as anyone. Things had been spoiled and couldn’t go back to how they were. It took me a while to understand what had happened. Even though I was innocent, a part of my innocence had fallen away. I was aware of things previously hidden to me. We only lived there another year, moving at the end of 5th grade.

I have often wondered what happened to Katherine, the adventurous girl who looked like me but lived such a different life. What would my life have been like if I had been born to her family, and she to mine? Were my moral principles a reliable guide that transcended my upbringing when it differed so much from her family’s code of ethics? Was her behavior consistent with a different morality, one underwritten by loyalty to her family? Did I deserve the things I had more than she did or was it luck that I had been born into my family? If faced with want, would I have behaved like her sister? How did my childhood circumstances affect all my future choices? These are thoughts that still occur to me from time to time when I think about my friend Katherine.

2 thoughts on “My Friend Katherine”