This summer, on a long drive to the Utah Shakespeare Festival, we were talking about whether the tradition of asking the bride’s father for permission was a tradition that was hopelessly compromised based on its origin and what it represents or whether it was not a big deal because people don’t intend it that way any more. (My view was that it was about as quaint and necessary as Jim Crow laws and Confederate statues; in other words, I was in the “this tradition is hopelessly compromised” camp). Then we went to a performance of Midsummer Night’s Dream that very clearly demonstrated the problems with a father’s will being the only one that mattered, giving his daughter in an alliance against her wishes merely because she was his property and she had no rights, then using the law to threaten to put her to death if she wouldn’t comply. Even Hippolyta, Wonder Woman’s warrior mom, could only look on these proceedings with aloof disdain. Only the mischievous fairy kingdom could right this wrong! 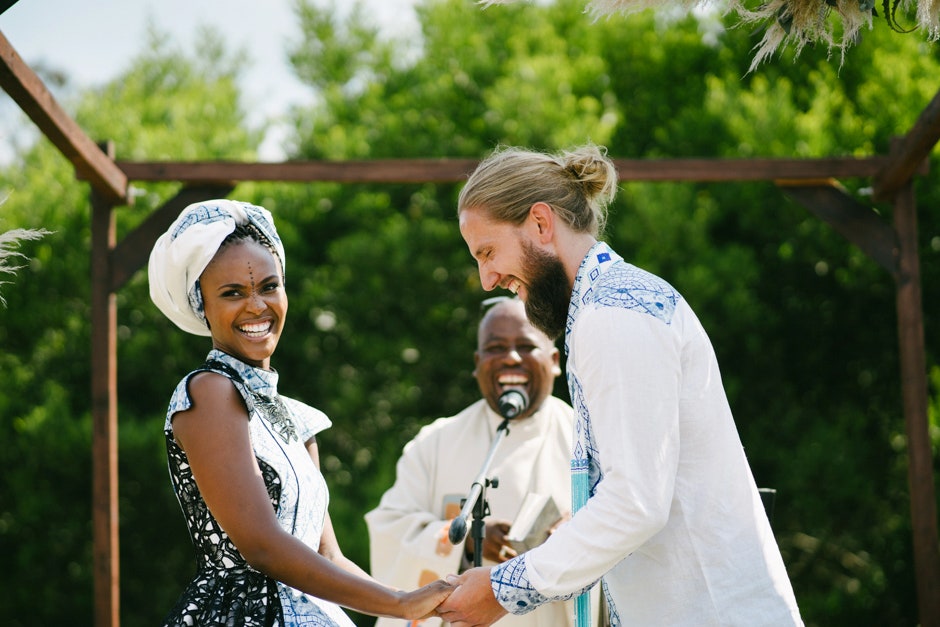 I didn’t mention one of the most obvious ones which is the wife changing her name. This one is even more problematic when the woman has had independent professional accomplishments prior to marriage. Even without that, though, I can’t tell who the heck my childhood female friends are on Facebook. Their identities have literally been erased by marriage to the point that it’s nearly impossible to find them if they’ve changed their names. Many couples resolve this one by keeping their maiden name (you have to see the sexism in that term–there is no male equivalent of the term “maiden name”), then hyphenating for the children, or hyphenating their last names, or in some cases keeping the wife’s name for both or choosing an entirely different name. The problem with keeping your birth surname as a woman is that it’s still patriarchal–it’s your father’s name, not your mother’s. Some feminists switch to a new last name that reflects their matriarchal parentage such as Ellensdaughter or taking their mother’s maiden name, but again, since naming conventions have been sexist in English speaking cultures for so long, it’s difficult to get away from it without just removing the problem by a generation. When I served my mission in Spain I noted that everyone has two last names: their father’s and their mother’s. This makes genealogy and finding people a whole lot more common sense, although I should add that it’s still patriarchal because the name that gets passed down a generation is still the father’s. [1]

I recently attended a Mormon temple wedding, the first time I’ve attended a live sealing since my own 26 years ago. There are elements to the wording of the ceremony that are incredibly sexist and disturbing, even above the levels of normal sexism in current non-LDS weddings (harking back to polygamy and the wording in D&C 132), but surprisingly, there are some elements to the ceremony that are in fact less sexist and much more practical than non-LDS traditions. A lot of the sexism I saw that day was what the officiator brought to the table: asking the groom to help his bride kneel and stand like she was some kind of invalid or fragile crystal figurine, and inviting the groom to kiss his bride (rather than the couple). Plus, the officiator spent about 15 minutes giving what amounted to a really boring generic church talk directly prior to the ceremony. [2] Worth noting:

One of the most important differences between a Mormon wedding and most non-LDS weddings is that our weddings are generally less extravagant, not saddling the new couple or their parents with debt to cover what amounts to a single big party in which they can pretend they are the royal couple.

As I look back at my own wedding, we avoided some of these sexist traditions just because we weren’t that interested in them. There was no proposal. We became engaged after I said “Do you think we’ll ever break up?” and he said, “I was just wondering if we’d ever get married.” He noted that it was the same question, just worded backwards. Instead of an engagement ring, we bought a VCR. We announced our plans to both sets of parents, not specifically asking for permission or a blessing. We were adults and assumed they would be supportive, which they were. We had a very simple back yard reception, and then another open house at my parents’ place where I didn’t know anyone other than my parents (I had never lived there). We had a couples shower that we both attended with our friends (of both sexes). Our engagement photos were not great, IMO, and I objected to the photographer’s insistence that we look like we were watching an invisible tennis match. I hate those photos. That guy was the worst. The actual photos on the wedding day were taken by my brother, but the photography just wasn’t a big focus for us.

What’s most important, regardless of the origins of traditions, is that couples can choose how they want their wedding to go, just as they choose their partner. Marriage should be entered freely by both, so the traditions surrounding it should reflect that it’s a matter of choice, not coercion.

[1] Also, let’s not fool ourselves into thinking Spain, as a macho culture, isn’t sexist. They just got this one thing better than the English who are particularly bad when it comes to sexism (hello, entailed estates!).

[2] When my husband and I were married, neither of us can remember a word of what the officiator said after he said “now, I know this day is going to be really busy, but I want you to pay special attention to what I’m about to say.” That’s all we got.

[3] Polygamy ties certainly put a heavy thumb on the scale.