“The children now love luxury; they have bad manners, contempt for authority; they show disrespect for elders and love chatter in place of exercise. Children are now tyrants, not the servants of their households. They no longer rise when elders enter the room. They contradict their parents, chatter before company, gobble up dainties at the table, cross their legs, and tyrannize their teachers.” Socrates (attributed by Plato)

In the wake of Brexit, many who voted Remain have suggested that older people’s votes should count less because they won’t have to live with the consequences of their vote as long as younger generations will (and younger generations did vote Remain more than older ones did). Older generations can remember the days before the European Union and may feel nostalgic about those times. Younger people weren’t alive then, so reverting to a pre-EU time feels like a loss to them. Joel Stein wrote about this idea provocatively in Time in an article titled “Why Old People Shouldn’t Vote–And Other Ideas Unpopular with My Parents”:

Old people vote shortsightedly, choosing the least progressive outcome. In surveys in the U.S. and the U.K., people over 65 — compared with people under 30 — were nearly twice as likely to be against gay marriage; twice as likely to be pro-Brexit; half as likely to support legalization of marijuana; nearly five times less likely to want to spend money on education; 60% more likely to vote for Donald Trump; and nearly 50% more likely to say immigrants have a negative impact on society, despite the fact that they are being wheeled around by them. Whether these figures are accurate is irrelevant, since old people are so bad at Googling.

Their poor choices were always a problem, but it’s become far more acute now that there are so many of them. The over-65 generation does not accurately represent our country, because they are overwhelmingly white and actually vote. So, unfortunately, we’re going to have to bar them from voting.

When I ran this idea by my 76-year-old father, he partly agreed. “If a 90-year-old has what you can define as dementia, you can test for it,” he said. I explained that I was thinking more of 76. I also explained that the problem wasn’t that seniors forget things as much as they remember the world of 60 years ago and want to reproduce it.

The generation gap is widened when we lack self awareness. Both older and younger people are accused of behaving badly right now. Post-election, our country has become a dispute between sore winners and sore losers. As Casey Walrath put it:

“Look at the precious little snowflakes who can’t handle being disagreed with” – people who go on angry rants because someone wished them Happy Holidays. 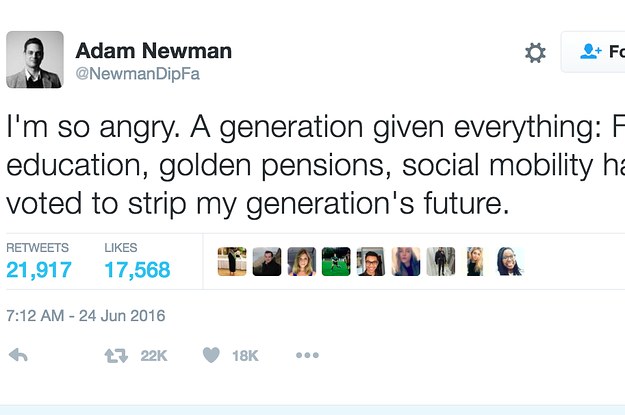 Every generation is a reaction to the previous generation. And right now, that generation gap is barely holding together, if it is at all.

“Is anything more defining of the generation of men who gave participation trophies to their kids, bought themselves a billion “WORLD’S GREATEST DAD” shirts, and invented the man cave than projecting their cloistered fragility onto a generation of “snowflakes” that will literally take to the streets to tell them to shut their insecure, racist mouths?” Brad Kramer

Each generation seeks to improve upon their parents’ generation. Their improvements are sometimes just that, the next step in an evolving society. Sometimes, though, their corrections are excessive and merit a correction by the next generation; the pendulum swings too far and eventually comes back. I blogged about this previously here, with a recap of the generational shifts and reactions:

1920s.  Their generation had survived WW1, the war to end all wars (famous last words).  In the wake of war, it was party time.  This was the era of the roaring twenties:  promiscuity, illegal drinking, crime, racketeering and dancing the Charleston.  23 Skidoo!  Then, the stock market crashed, that Monopoly guy took a header off a skyscraper,  and all that glittered was not gold. Over-correction:  Fiscal and social irresponsibility.  Too much fun.

1930s – 40s.  They experienced the depression and went to war again; they concluded that the frivolity of the 1920s led to their downfall, so they cracked down on Al Capone and prohibited alcohol. They focused on duty and hard work to the exclusion of nearly everything else.  They were also known as the Silent Generation and the Greatest Generation (the latter sounds a little self-styled to me). This is the generation our current church leadership hails from. Over-correction:  Too much self-denial.  Not enough fun.

1950s.  In the post-war years, the focus was on harmony, the suburban lifestyle, women in aprons and men in Fedoras, white picket fences, gender roles, and keeping up with the Joneses.  Excesses were materialism and sexism (required to keep the women making the homes nice and prevent them from divorcing their husbands who worked long hours to keep up with the materialism). Over-correction:  Too much trust in authority.  Too much conformity and materialism.

1960s – 1970s.  As a reaction to the staid 1950s, and to expose the corruption and repression underlying the establishment culture, this generation led the sexual revolution, focused on personal and sexual freedoms, questioning authority, egalitarianism and drug experimentation. Excesses were manifest in STDs, drug use, and anti-authoritarianism for its own sake.  These are the Baby Boomers.  Over-correction:  Too much trust in anarchy.  Lack of ambition.  Idealism.

1980s – early 90s.  The “me” generation, focused on materialism, upward mobility, and voting for Reagan.  This is of course the real greatest generation:  the Gen X crowd, baby. Excesses were cocaine use, teen pregnancy, divorce, and big hair. Over-correction:  Too much greed and ambition.  Too much self-serving skepticism and arrogance. Too many synthesizers.

2000s–Millenials.  They are focused on corporate responsibility, fair trade coffee, being vegan, and making their own yogurt.  Their parents may have been helicopter parents.  Excesses are hyper-sensitivity to all forms of racism, sexism, homophobia and greed, plus the inability to leave home without returning and the utter lack of phone skillz (and inability to pluralize words without the letter “z”).  Over-correction:  Too much technology, idealism and entitlement.  Not enough independence and confidence.

Because of these generational excesses, listening to what prior generations say is valuable and instructive. But it doesn’t mean they are right or that the past was necessarily better. Nostalgia is often based on rosy-colored myth, not reality; we minimize the negative and focus on the positive. The past is dead. Rather than trying to recreate it, we need to learn from it to build a better future.

“We are made wise, not by the recollection of our past, but by the responsibility for our future.” George Bernard Shaw

Progressives tend to see the world as getting better, building on past achievements, and evolving to the next level. Conservatives often see society as getting worse with change, bad impulses not being kept in check, people losing the virtues of the past. And once again, we can see why there is a generation gap.  A political quote that has been attributed to many different political figures, but apparently originated with John Adams and was later perpetuated by Thomas Jefferson (and others–I’m pretty sure I first heard it in an episode of Sex in the City):

Bear in mind, this was an old white dude, part of the landed gentry, the elite landowners who were permitted to vote. But still, the gist of this quote is that we should be idealistic when we are young, but we should later simmer down and become more realistic. This paints young people as unrealistic, immature and inexperienced, and old people can congratulate themselves for being wise. However, this election cycle has given me a more cynical view of this quote. If you are young, you aren’t invested in the broken systems and bad ideas of preceding generations, but by middle age, your own generation’s bad ideas and broken systems are coming under fire, so it’s your turn to feel defensive.

Ambrose Bierce took another view in critiquing both political parties in his Devil’s Dictionary:

CONSERVATIVE, n. A statesman who is enamored of existing evils, as distinguished from the Liberal, who wishes to replace them with others.

From Pew Forum research in the US, only 6% of adults under age 30 are steadfast conservatives, but 21% of adults over 65 are. That’s a much bigger gap than on the left where 13% of those over 65 are solid liberals compared to 16% of those under 30. And as a nation, we continue to get older. From 2000-2010, there was a 5% increase in the “middle age” group (age 45-64) and a 6% decrease in the “young to middle” group (ages 25-44). As our nation gets older, our voting pool apparently gets demographically more conservative. Another way to say that is that conservatives (who tend to be older) think things were better when they were younger, and younger people want things to be better when they’re older. Older people have already left their mark on the world, and don’t want it erased by younger people who want to leave their mark on the world.

On the Stooped Shoulders of Giants

Shops often have a sign in them that says “You Break It, You Bought It.” Criticizing and dismissing the views of younger generations is hypocritical. They are going to outlive us, and we created them, whether that was through the excesses of our own generation, our parenting techniques or the broken systems and societal norms we’ve handed down. We are the clouds from whence these snowflakes have sprung. When we’ve raised a generation on their “specialness” and given out participation awards, is it any surprise when they don safety pins and huddle on the floors of their dorm rooms in the fetal position when Bernie Sanders isn’t elected? Being crotchety about it is pointless. Shaking our fist at those darn kids to get off our lawn means 4 arthritic fingers are pointing right back at us. We all have an expiration date, and so do our ideas about how to run the country.

In The Breakfast Club, there’s an exchange between Richard Vernon, the buffoonish Vice Principal, and Carl the (wise) Janitor that makes this point well:

Richard Vernon: You think about this: when you get old, these kids – when *I* get old – they’re going to be running the country.
Carl: Yeah.
Richard Vernon: Now this is the thought that wakes me up in the middle of the night. That when I get older, these kids are going to take care of me.
Carl: I wouldn’t count on it.

So what do we do about old people? Set them adrift on ice floes? [1]  Move all voting on line (and as Joel Stein suggests, only announce voting dates via Snapchat)? Weigh their votes less than the votes of young people?

Within the gerontocracy that is our church, these generational stress points are even more pronounced, one reason that so many young people are leaving religion in general. We’ve given all the votes and decision-making to the oldest among us, and they aren’t the ones that will be here to live with the results. There is value in listening to all generations, but when contemporary interests and values are ignored or outvoted, there are consequences to any social group, whether it’s a church or a nation.

[1] Even if they deny it, global warming has their backs.

12 thoughts on “You Break It, You Bought It”