The world is suddenly split along generational lines once again. Today’s controversy? Pokemon Go, the new game that has cars pulling over to the side of the road to restock Pokeballs and kids wandering the sidewalks with faces glued to their screens, searching for that elusive Charmander.

I went to the nearby park on Sunday evening with my kids to catch a few, and we noticed that the park was full of people, a few who were there for family or sporting events, but most who were just walking around with their cell phones out, catching ’em all, just like we were. Someone had set a few lures, so there were some rare types spawning in the area.

Aside from my own willingness to catch a few Pokemon, mostly to curry favor with my kids, I am a fan of the new game because it has done what nothing else has been able to do for years: get my kids outside. Prior to the game’s launch, the average wake up time for non-parents in our household was somewhere between 1pm and 3pm. The Monday after the game launched, my 18-year old got up at 5am to go hunting. That’s what old people who golf do here because it gets too hot this time of year for a 9am tee time. My son is the Pokequivalent of a retired golfer. 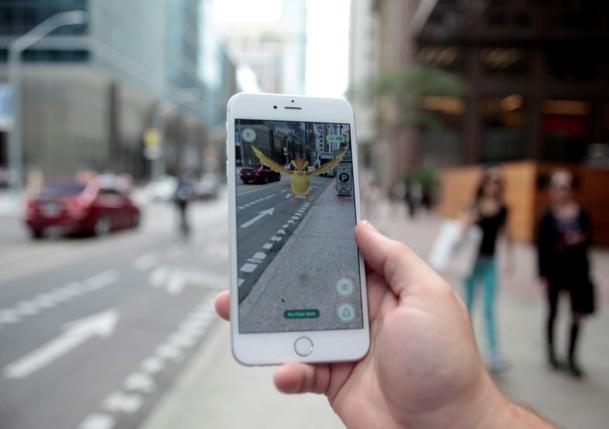 Before the game, my kids’ lazy days were filled with Netflix binges and watching YouTube clips endlessly. My daughter’s doctor said she had the lungs of a 90 year old woman.[1] Now, while it’s not quite as good as getting a job, they are getting out of bed earlier and walking long enough to hatch their eggs. And it’s gotten me out walking, too, which is difficult this time of year because I prefer to wait until the temperature dips below 100 degrees–usually around 9:30 or 10:00 at night. I’m spending time with my kids because they will come walk with me to the nearby Poke-stops, and we get to talk along the way. Catching Pokemon has replaced our other summertime pastime of catching scorpions.

Some folks have decried the presence of Pokemon in “sacred spaces” like temple grounds or churches. Others have seen this as an opportunity to increase interest in our places of worship, even among non-members. And of course, the excellent OP by Cynthia gives families a way to incorporate their kids’ commitment to Pokemon Go with FHE lessons, so the game can even have a religious component, as well as bringing families together.

One benefit is that thanks to the game, we’ve discovered statues and fountains and other features that none of us have ever noticed before, all near our home.

[1] She did say that, but she suspected the test was off.

15 thoughts on “Curmudgeons vs. Pokemon Go”