So, let me break it down for everyone—some of us living outside of the Mormon Belt don’t really like the Mormon Belt. It’s nothing personal, it’s just, well, let me explain.

I live in Michigan. I was born and raised in Michigan. I became a Mormon in Michigan and have spent the vast majority of my life here. My entire extended family is from Michigan. The closest connection I have with anyone living in the Mormon Belt is people who have lived in my ward at one time or companions I had on my mission.

Frankly, the biggest connection I have with the Mormon Belt is that, well, I’m a Mormon.

Growing up as a Mormon in Michigan left me with a little bit (or a lot) of a chip on my shoulder. Because there were always some Mormons from out West who were just passing through, who lived in my ward for a couple years or so, who just would not shut up about how much better everything was in Utah. They would talk, with condescending voices, about everything we were doing wrong, about how much they struggled to live in the “Mission Field” (man I hate that term), about how much they missed the mountains, etc., etc., ad infinitum.

Okay, I totally get the last one. When I’ve lived outside of Michigan I’ve totally missed the Great Lakes (and the little lakes), and the trees, and, yes, even the snow. 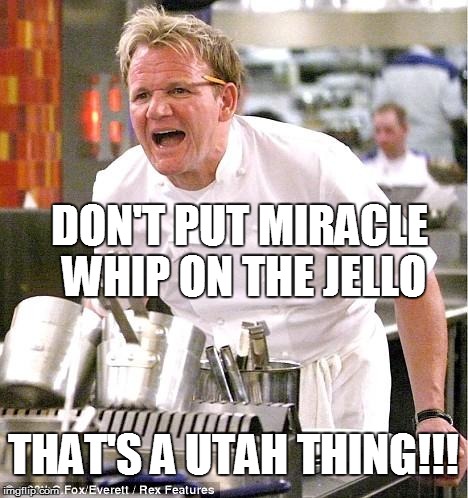 It was the condescension, that smug sense of superiority, that really got to me—the sometimes unspoken (but frequently spoken) assumption that everything they did out west was great and everything we did was crap. They showed little respect for our history, our culture, our home, while they lorded it over us that they were from the Promised Land and that we would always be shut out.

Growing up, I hated it. And I kind of hated Utah. I know, I know, that’s not the most mature reaction to have, but it’s how my child and teenage self handled that kind of disdain. Sometimes it felt, and still feels, like we don’t exist, or that we don’t matter. And I’m from Michigan, right in the middle of the good ol’ U.S. of A. I can only imagine how it must feel for someone from outside of the U.S. when they smack up against these kinds of attitudes. How much a part of Zion do you think they feel?

Thank goodness for President Uchtdorff. I’m so glad that there’s at least one General Authority who really and truly knows what it’s like to be from somewhere else.

I love my home. I love being from Michigan. I love what I’ve learned being a religious minority, the way it’s opened my eyes and helped me not only understand people of other faiths, but how to find common cause with them and learn from them. I love my heritage, the way my family discovered Mormonism and how we have stubbornly stand our ground in it, without ancestors to guide us, without that deep Pioneer heritage that so many Western Mormons rightfully hold so dear. I am who I am because of how those twin snakes of Michigan and Mormonism have wrapped around my life and led me down this sometimes treacherous, sometimes joyful, always exciting, path.

I may not understand your jello salads, and I may call them cheesy rather than funeral potatoes. I may not have an ancestor named Nephi (or Hiram, or Ammon) and no one in my family ever crossed the Plains. But that doesn’t make my Mormonism less real or my heritage any less rich. I am the child of Irish immigrants who found a place where they could flourish, of Scots and Germans and Brits who settled in this green and glowing land. My family has served and sacrificed for country, religion, and family. I am proud to be a Mormon and I am proud to be a Michiganian. I live in God’s Country. You should come for a visit.

45 thoughts on “The So-Called Mission Field”