This is a guest post for reflection this Sunday. Years ago, I had a Girl Scout troop when my daughter was very young. I think they are called Daisies at that age. There were many more girls interested than we had parents who could volunteer. There was another daisy troop that same year but they met one evening every other week. My troop met right after school on Tuesdays and I lived close enough to the school that I would walk over to the school and escort the troop to my house.

This was a troop that working single parents could use without a problem with their employment. Word got out. Soon I had a troop full of little girls. Too many of them. This was a suburban school in an affluent neighborhood, but the majority of the more stable families ended up with the other troop. I had the Kurdish girl whose refugee family had 4 generations living at home and none of them spoke English. I had girls from broken homes and a level of poverty that I didn’t think even existed in the neighborhood.

I found out that the national Girl Scout organization will pay the $10 joining fee for low income girls, but they do not have any way to help with uniforms, troop activities, or the huge number of local activities that the girls would like to attend. Girl Scouts is a never ending list of $5 of $10 fees for activities. Daisies were not allowed to sell cookies then.

Over half the families in my troop simply could not afford the fees. I called the regional and national offices of Girl Scouts. I was told that Inner City troops were subsidized, but that suburban troops were not subsidized. Individual circumstances didn’t matter.

Cookie sales were supposed to fund the troop — But my girls were too young to be allowed to sell. So … I paid. I bought uniforms and badges, paid for activities and supplies and felt blessed to have an excellent job and a husband who was supportive of what I was doing.

Out of those 23 girls, approximately 12 came from socially and economically stable families. That left 11 girls who each had a different story. Aspergers. Kurdish Refugee. Being raised by an underemployed single dad. Recently divorced mom. Each story was different. My assistant and myself approached the situation as each girl being equally important.

After a year, I asked if another parent would consider taking over the troop. There were no takers. I ran the troop that second year and we sold cookies. Lots of cookies.

The troop finally had funding. After a second year, my work schedule was changing, and I had no choice. I needed to give up the troop. I told myself that the paperwork was in order, the bank account was in good shape, and I was walking away but leaving a well organized troop behind. 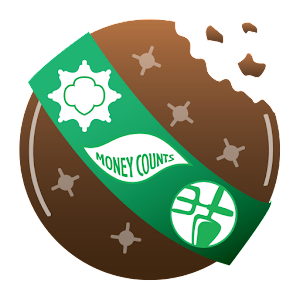 Another mother took it over and she ran things differently. With a new leader, all girls had to find their own way to the meeting. All had to pay all fees up front. All girls had to have a parent show up within 5 minutes of pick up time or the girl was out. My own daughter was socially awkward.

Within a few meetings with the new leader, I thought the leader was singling out my daughter and being mean. Assuming that I was being biased, I didn’t say anything about it, but the next activity was a pool party. I had my oldest teenager drive her little sister. I asked my oldest to hang out for the hour and then bring her sister home. I hadn’t told my oldest anything about the dynamics or my concerns. My daughters returned home and my oldest gave me an earful about the hateful attitude of the leader and how poorly my youngest was treated.

We ended up pulling my youngest out of Girl Scouts and just walking away. We didn’t make a fuss. We didn’t complain. We just left. I look back at all the little girls who had learned so much through the first 2 years. I knew that the girls were now old enough to sell cookies so the finances of the impoverished girls were not going to be an issue. With the new leader, within about 4 months, she had cut the troop down to her own daughter and 7 of her daughter’s good friends. There was no longer any issues about poverty or language barriers or family dynamics. The troop changed into a strong clique of girls who went on as a troop for many years.

Why do I bring this up in an essay about church? Because I am thinking about leaving my religion. As I discuss the church with other people in a similar situation, the youth program keeps coming up. Other parents talk about the wonderful youth programs of the church.

For better or worse, after my experience with the girl scout troop, I look at the youth program with new eyes and I am unhappy with what I see. As a youth leader, I noticed that by age 11 or 12, we started to have a slow attrition of young people.

Kids who had always been active would suddenly not be attending primary. As the children grow up and transition into the youth program, I noticed that the children who came from broken homes, part members homes, children with socioeconomic disadvantages, neurological differences, or were simply fat or less physically appealing were not as included socially by their LDS peers and the leaders.

By the time the youth are 16 or 17, the youth that are left are very similar in
socioeconomic status and family backgrounds. They are usually a very tight social group. Parents spend Fast and Testimony meetings talking about the wonderful youth of the church. With tears in their eyes, they talk of their children and the wonderful friends that their children have at church.  It is easy to look at the youth that are left and be pleased with the tight bonds that they have. But instead .. take a step back and look at who was lost along the way.

The socially awkward girl who now works at Star Buck on Sundays. The boy with the misshapen head from a forceps delivery who came by himself because his mother was so offended by how he was treated that she could not stand to watch it happen. He was not included in anything outside of actual church events. He quit coming.

The Hispanic girl whose mom cleaned houses for a living. The two brothers who didn’t like to play basketball. The daughter of the hoarder. The Asperger child. The teenage boy who had all the mannerisms of a flaming homosexual but who lived a chaste life.  These are all real people from my church experience.

Looking back at the history of each ward that I have been in, I have seen this same dynamic. The children and teens who do not fit into the narrow parameters of the clique are driven off by their peers, their peers parents, and leaders. The dynamic is so subtle that it is easy to miss if you are not paying attention. 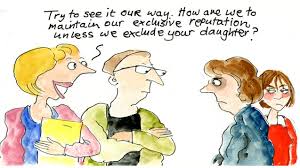 Imagine, all the youth are going to an activity. Certain youth are getting together in advance for dinner before the activity. Not everyone is invited to dinner — just the kids who are great friends.

The parents don’t see a problem with their kids having friends from the ward. And obviously, some kids get along better than others. But watch the dynamics.

The group of kids that do the social things together outside of church activities will in a few years be all that is left of the youth program. One by one, the outliers slip away. All that will be left is a core group of socially connected kids and their parents testifying about the wonderful youth program.

As a Christian and as a parent, what is your obligation? How far should you have extend yourself?  If the Church has abandoned you, how fair is it to say you are abandoning the Church? Where can you go once the Church has discarded you?

40 thoughts on “I have not abandoned you, you have abandoned me”