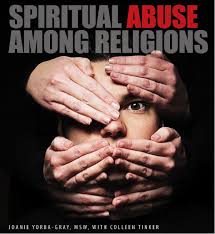 A recent study was circulated that shows the psychological markers of “church abuse,” or an environment in a religious atmosphere that can lead to exploitation or abuse of individuals who join.  In the study, participants rated their religion in light of the following 28 organizational behaviors, as either exerting a lot of pressure and control or very little pressure and control.

Because the study is administered to individual adherents (or former adherents), one problem with this type of study is that individuals seldom have experience with multiple religious groups.  Additionally, individuals may experience their religious group as more extreme or less extreme than the norm based on their local congregation and leaders, their family members, and most importantly their own personalities, particularly with regard to their own confidence and abilities.

Additionally, many groups behave in these same ways without being extreme.  We apply the pejorative “cult” and consider those who join extreme groups to be “gullible,” but all organizations use the same techniques to create cohesion and to recruit members, simply to a lesser extent.  The difference between the army and al Qaeda may be ideological, but recruitment techniques differ in degree, not in kind.  Likewise the difference between the Boy Scouts and a cult; both use rituals and attempt to create dependence.  Both are attractive to those experiencing a time of transition.

An article in Psychology Today identifies 5 characteristics of extreme groups:

Understanding that groups and those who join them (all of us, people from all income levels, and all walks of life) share many characteristics should make us more understanding.  Based on the article in Psychology Today, though, people often join groups, including extreme groups because of a few characteristics:

Recruiters know that what they appear to have in common is they are at some transitional phase in their life: something has gone and not been replaced. They may have moved location or given up work or education. They may have just left the bosom of the family because of age or poverty or divorce. They may have drifted away from their religion or ideological roots. They are dislodged from their social group…and looking for another.

And what does a group provide to such an individual?

Shy, unassertive people who seem inhibited and awkward in social situations are particularly attracted to groups with formulaic interaction patterns with their predictability and rule following.

So do political pundits.  At least, popular ones do.

Back to the original survey.

In short, the article in Psychology Today made some great points about extreme groups–we are all susceptible to organizational pressures and tactics.

People who join extreme groups are not strange, disturbed, sheep-like idiots. We are social animals and members of many groups. The more secretive the group the more we are likely to label it a cult. . . . A lot of dark-side behaviour in organizations is group work. . . . People club together . . . they do things on behalf of groups that many seem strange and unacceptable primarily because they do not fully comprehend the value of group membership.

22 thoughts on “What Isn’t Church Abuse?”