“There is no virtue like necessity.”  William Shakespeare (Richard II)

In many Indian states, cows are literally sacred.  They are not to be slaughtered, and Hindus do not eat beef.  Cows support human life.  People drink their milk and eat curds and butter.  Cow manure is dried into patties that are used as fuel and insulation.  Cows are used to plow the fields.  Because of these gifts to humanity, cows are revered and protected, even when they are past their age of usefulness and can no longer provide sustenance.  Because poor families cannot afford to keep a cow that no longer provides benefit to them, many older cows wander the streets freely in India; even in the cities it is common to see their chalky bodies wandering between cars in heavy traffic.  Where prohibited, cow slaughter can result in a 7 year jail term.

When we talk about “sacred cows,” we generally mean shared assumptions or values or beliefs that are so deeply held that they are generally unquestioned and even discussing them may be taboo.  Political correctness could be seen as a sacred cow in the United States.  Any business also has some assumptions or values that it is political suicide to question.  For example, sub-prime lending at a premium credit company like American Express would generally be considered off limits.  All religions certainly have ideas that are not allowed to be questioned.  These are our sacred cows.  While any change can be viewed with suspicion by the old guard, some changes are considered more fundamental and threatening.

And yet, according to my good friend who is from Bombay [1] a new trend is occurring in India.  Cows are disappearing at night, and beef clubs are springing up to provide meat to those Indians who don’t abstain for religious reasons and want access to this source of protein.  “There are an estimated 30,000 illegal, unlicensed slaughterhouses in India,” said Poorva Joshipura, CEO of the animal welfare group PETA’s headquarters in India.

Why has this happened?

While Hindus do not eat beef, there are other populations in India that do:  Muslims, Christians, and Scheduled tribes and castes.  There are also claims that Hindus originally used to eat beef [2].  According to Professor Dwijendra Narayan Jha, a historian and author of the book, theMyth of the Holy Cow, “There is no doubt that beef remained an important part of the Indian haute cuisine and cow was often killed in honour of guests. It is totally baseless to argue that Hindus never ate the flesh of the cow.” Professor Jhu states he has received death threats for making this claim.  Talk about a sacred cow!

Conservatives in India point to three additional factors for these changes: 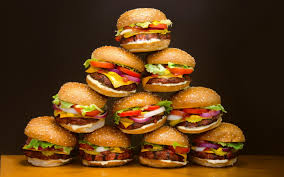 Of course, these are the same root causes conservatives always point to when their dominance and political power begins to wane or any organization whose values are challenged by changing attitudes.  Which made me wonder, what are the sacred cows of Mormonism, the assumptions that we don’t allow to be questioned.  There are several things that, while there is a clear stance on them, there is still room for questioning within the church:

What are the topics that are so verboten in most Mormon congregations that they are viewed as completely disruptive and not up for question?  I think the following most closely fit the bill today, at least in some wards:

Of course, the things that will erode this prohibition are similar to those at play in India:  secularism (people living outside the MorCor bubble where Mormonism is a minority faith), interfaith influences as converts join, and simple necessity as more information is available on-line and groups discuss things more openly.  And yet, there is a big difference between making cows sacred in India where minority faiths don’t prohibit eating beef, and simply being unwilling to discuss topics that make people uncomfortable.

Hence, the bloggernacle, the In & Out Burger of Mormon discussions.  If the bloggernacle didn’t exist, we would have to invent it because of the mantra so well expressed in the musical 1776:

“I ain’t never heard, seen nor smelled an issue that was so dangerous it couldn’t be talked about.”

And of course, they were discussing the most sacred cow of all, revolution.  It’s a dangerous topic because failed revolution is treason, which goes to the heart of why something is a sacred cow: because it crosses the line (for some) into disloyalty or treason.  It is viewed as going against the very principles of the organization that make it unique.  It stirs emotions such as fear and even disgust in the hearts of those whose beloved status quo is under fire.

What chalky bodies wander through your ward’s traffic?  What topics are off limits or considered too dangerous or uncomfortable to discuss?

[1] He objected to my calling him a Mumbaiker, because the city he grew up in was called Bombay (a Colonial name, possibly a mispronunciation of Mumbai) until 1995 when it was changed (some say reverted) to Mumbai for political reasons.  This argument is still important to those who live in or are from this important port city.

[2]  Not unlike observations about early Mormon Word of Wisdom observance compared to inaccurate traditional stories we were told while young.

[3] From an excellent article on this topic.