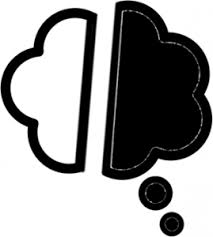 You’re for us or you’re against us.  People are good or evil.  We serve God or Satan.  Many people prefer the simplicity of true/false and either/or choices to the subtlety of an essay question or even the slightly elevated risk of a multiple choice quiz.  It’s easier to follow a checklist (which is essentially a list of pass/fail requirements that you either did or didn’t do) than it is to ponder and seek understanding of situations and doctrines, arriving at a more individual and nuanced approach.  Particularly for people who find comfort in the debunked notion that “when the brethren speak, the thinking is done,” the cognitive trap of polemic thinking is appealing.  Mormons are certainly not  immune to black and white thinking.

“The genius of the Book of Mormon is there is no middle ground.  It is either the word of God as professed, or it is a total fraud.”

Is this mere hyperbolic rhetoric or is a flatview legitimate when it comes to matters of faith?

A flatview is any rigid perspective that constricts our imagination to just one dimension.  It’s thinking in a binary mode.  We see people as either good or evil.  We understand events as either positive or negative.  We categorize others as either with us or against us.  Since most complex problems typically contain shades of gray, the flatview trap limits our understanding of what we see, and therefore leads us to simplistic solutions.

This black and white viewpoint stems from reductionist thinking, a lack of empathy and a lack of imagination.

Imagination permits us to perceive the world in multiple dimensions.  It lets us speculate how life could be different for ourselves and for others.  It enables us to consider values and behaviors at variance with our own without rejecting them out of hand.  If imagination resides in the mind, empathy is imagination of the heart.  Empathy lets us feel what others might be feeling.  It empowers us to step inside another person’s emotional body and experience his gut reactions.

For a political example, Mossadegh in Iran was interpreted as tilting toward communism, not expressing national aspirations for Iran.

Because the flatview trap constricts our imagination and curtails our empathy, it often leads us to approach problems in a narrow, either/or mind-set.  We simplify the world into those who are with us and those who are against us.  And when we confront individuals who exhibit contradictory behaviors, actions that do not conform to our flatview, we don’t know in which category to place them.  Because flatviews do not allow for contradictions, complexity, or nuance, we interpret ostensibly inconsistent behavior as intentionally duplicitous, designed to trick us.

In his memoirs, McNamara admitted that he and other key decision makers at the time misread the Vietnamese struggle.  McNamara explained, “We also totally underestimated the nationalist aspect of Ho Chi Minh’s movement.  We saw him first as a Communist, and only second as a Vietnamese nationalist.”

To disregard the complex situation Vietnam was in was a grave tactical error indeed that cost many lives where diplomacy and a softer touch may have had better results.  But a flatview is embraced out of fear as well and a need to control situations too complex to understand.

In Fowler’s Stages of Faith  model, those in Stage 3 (the most common stage) are very prone to black & white thinking.  Most people go through their whole lives not questioning assumptions and not really listening to viewpoints that are inconsistent with their own.  Even when someone progresses from a Stage 3 viewpoint to a Stage 4, they may simply reject their former views and find it more comfortable to slink back to Stage 3 in an equally black & white manner. 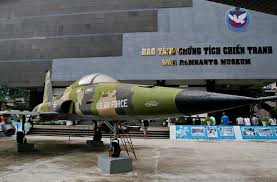 When we visited the War Remnants Museum in Ho Chi Minh City (formerly Saigon), Vietnam, it was fascinating that the anti-war statements of conflicted American soldiers were so easily adopted into Stage 3 Vietcong propaganda.  One man’s Stage 4 easily fit another man’s Stage 3.

While the Faith Stages are couched in terms of religious belief, they easily apply to cultural beliefs.  When we moved to Asia, we learned from experience that most of our cultural beliefs are things we are unaware about.  When we saw people with different cultural assumptions it became easier to see what our own were and to then decide which American values we believed and which we did not.  Without that international exposure, I would have had difficulty identifying exactly which values were not universal – at least in some cases.

18 thoughts on “Flatland, The Black and White World”