There was a recent article in Sunstone [1] studying the prevalence of avoidance as a conflict strategy among Wasatch front Mormons (students at Weber State specifically).  Organizational leadership courses have been teaching these concepts for decades.  Avoidance is generally considered the least effective conflict strategy; rather than addressing the conflict by making one’s own needs known and by understanding the needs of others, the avoider defers the conflict for another day, unwilling to express his/her own needs and not interested in understanding or meeting the needs of others.  Avoidance can lead to resentment as one’s needs continue to go unmet, and passive aggressive behaviors may emerge. 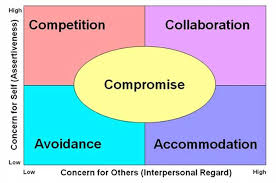 First let’s look at the data.  The study in the article is based on a student self-assessment and compares the responses of students in the midwest and Texas with those in Weber State. Comparisons are also made distilling only the data from those raised in Utah vs. not Utah-raised and those raised LDS vs. not LDS-raised.  The highest instance of avoidance as the prevalent conflict strategy is LDS + Utah raised (a score of 9.1).

Here is an overview of the five conflict management styles:

According to the study, the 286 samples from the midwest and Texas ranked their conflict style preferences as follows:

The article uses the terms avoidance and passive-aggression interchangeably.  While there is undoubtedly some correlation, these terms are not truly synonymous.  Are Wasatch front Mormons generally more passive-aggressive than the rest of the country (as is posited in the article) or are they simply more prone to use avoidance in conflict situations?  From the article:

A passive-aggressive person will generally deploy such behavioral tactics as: keeping one’s distance and remaining silent or aloof; hiding one’s true thoughts, feelings, or emotions; suppressing, setting aside, or ignoring issues that otherwise should be addressed; postponing or ignoring decisions; resisting change and otherwise championing the status quo; citing rules, policies, procedures, or higher authority as both a defensive and offensive tactic; and providing little meaningful or worthwhile feedback.

I also noted this comment from co-blogger Jeff Spector on a post four years ago about high power-distance index in the church:

I find that church members can have a passive-aggressive nature to them where they act as though they follow, but in reality do not. They pick and chose how and what they will do and make excuses for why they don’t do some things or believe some things. – Jeff Spector

What he is describing is something we’ve all encountered plenty in the church.  Is it more prevalent in Utah?  I can’t say for sure, but when my brother-in-law who is from New Jersey came to stay with my husband and me in Utah (many years ago), he asked us how we dealt with all the complacency of Utah Mormons.  I suspect how we dealt with it was by being complacent ourselves.

The author puts forward three working hypotheses for the prevalence of avoidance as a strategy among Wasatch front Mormons:

We must let Church leaders know that we are watching  them in this regard, and that we will hold them accountable for the ways in which they shape LDS culture and tradition.

But I believe this is just another way to defer our own responsibility.  We could instead just not conform to stupid stuff.  We could learn to live the actual gospel, not just to pretend for the sake of not being called out.

we can decide that as a matter of principle and conscience, any time a male’s name is put forward to fill a calling for which women are by policy excluded, we should seriously consider registering an opposing vote. There is no formal Church rule or policy against exercising our franchise as members to cast an oppositional vote; we simply aren’t used to it. And after the meeting, when we are inevitably taken aside by church leaders and asked to explain our dissenting vote, we can share our reservations about the practice of staffing nonpriesthood callings only with males.

I have a couple of problems with this suggestion.  First, members may or may not view these callings the same way the author does.  Secondly, in a high PDI culture, like the one being described, local leaders don’t have the ability to make changes any more than members do.  Why are we holding these low level leaders accountable in this way vs. raising issues to the source itself?  It’s possible that the culture is so high PDI that we don’t allow members to provide input, but that input will come out in other ways.  Like mercury in the desert, if you step on it, it will reform elsewhere.  Hence, the bloggernacle. 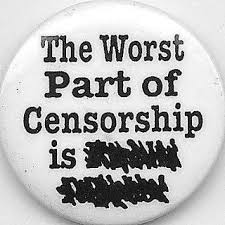 I immediately thought of another parallel based on my experience living in Asia:  Face Negotiation.  Working with some Asian cultures, there is a strong expectation that leaders will take responsibility for all decision making and take care of the employees.  The employees are often reluctant or simply unskilled at providing input because in their authoritarian culture, that is not expected.  Decades of submitting to authority and deferring to teachers and leaders results in lack of engagement, lack of accountability, and lack of ideas.  This creates conflict between western styles that have a high expectation for employee input and involvement in decision making and eastern styles that haven’t developed these skills and have higher expectations of leaders than themselves.  Sound familiar?

Face negotiation is not common in the United States where individualism dominates.  For example, our news stories are often critical of our leaders or put forward alternate ideas.  We don’t necessarily assume that peopleofwalmart.com is an indictment of us personally by association.  We have the learned ability to distance ourselves from policies and ideas that we don’t like about American culture.

Mormonism may have a tribal identity that trumps individual concerns.  Here’s a quick overview of face negotiation theory:

Something that invariably comes up when there is a Mormon moment that goes viral is that people wish it weren’t public, and they may even attack the insider who “leaked” the story.  People don’t want issues to be published or conflicts to be known.  Is this because of the potential damage to missionary work or is it just group loyalty?  I posit that it is the latter because the focus is not on actually understanding and addressing issues unpalatable to outsiders.

What are some of the “direct” conflict styles that threaten group face?  Activism, publicity, and blogging are three that come to mind.  Going back to the 5 conflict styles, these are examples of individuals articulating their unmet needs.  And for some, that seems to be sinful.  Whatever elevates individual interest above group interest is a threat.