I recently took an online test to determine if I am a helicopter parent.  Ironically, it was a helicopter quiz!  After every question, it gave me immediate, condescending feedback about whether my opinion was right or wrong.  And with several of the questions, I didn’t like ANY of the options; they were all too helicopter-y for me.  Let me give an example from the quiz I took:

When my child brings home a poor grade, I:

Uhm, how about 4?  I am not even aware my kid has a poor grade.  We operate under a strict “don’t ask, don’t tell” policy! Apparently the quizmasters never thought of that one.

Helicopter parent is a colloquial term for a parent who pays extremely close attention to a child’s or children’s experiences and problems, particularly at educational institutions.  Helicopter parents are so named because, like helicopters, they hover overhead.

A recent Time article talks about the side effects of helicopter parenting:  kids who are incompetent and depressed.  We have to allow the little chicklings to peck their own way out of the egg or they do not have the strength to survive, as this wise and adamant person said online:

So it is with children.  Although they may not become sick and die, they will not develop into adults (or chickens) if they are not allowed/forced to learn how to fend for themselves.  This parenting style is also creating a lot of “rubber band” kids:  kids who return home to live after college rather than finding their way in the world.  Look, if my parents hadn’t sped off so quickly after dropping me at the Y, I might have come home more often too.  This rubber band phenomenon is worse thanks to the high unemployment rate in the wake of the global economic crisis and the tendency of Mormons to marry in infancy college. 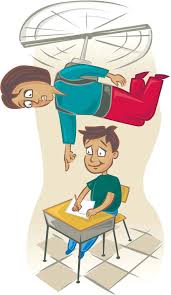 I have observed a lot of overprotective parenting behaviors in the church and among the rising generation of parents in general.  Especially when the parents are nutjobs view the world as a dangerous place full of moral perils, they may be overprotective nutjobs.

Is this why the incidence of depression is so high in Utah?  Do parents teach their children that they need to be taken care of and are not capable of thinking for themselves?  The difference between a behavior being helicopter parenting and normal good parenting all depends on context and the age of the child (trust should increase with age).  What is appropriate when a child is in kindergarten becomes overparenting by middle school.

Helicopter parents want what is best for their children:  academic success, achievement, for their kids to be treated fairly, for their child’s specialness to be recognized and acknowledged, for them to feel safe and protected.  Parents start with good intentions and end with bad behaviors.  Part of growing up includes learning that life isn’t always fair, that kids need to take feedback and make improvements to do well, that they have to advocate for themselves at times, and that they won’t always have a safety net.

Do kids leave their restrictive home environment and go straight into an episode of Girls Gone Wild?  Or simply wet themselves when they have to learn to feed themselves or fight their own battles?

The church itself sometimes behaves like a helicopter parent:

Does this result in our being perpetually dependent rather than developing our own spiritual power and personal revelation?  Does it result in morally reckless behaviors for those who leave the church (like those Amish kids on Rumspringa)?

*This post was originally posted at BCC, sans poll.

18 thoughts on “Helicopter Parents Are Depressing (with poll)”