I considered myself unpopular at BYU.  My hair was very short, kind of a punk rock ‘do with bleached bangs.  I often wore tie-dyed jeans and a men’s thrift store blazer with a concert tee underneath.  In Pennsylvania, I never had a shortage of guys who were interested in me, including lots I thought were totally out of my league.  Men hit on me all the time.  Maybe they thought I was easy because I didn’t wear a prayer bonnet.  Whatever.  When I got to college, I expected this male attention to continue; instead I felt like I disappeared completely.

I have read a few female Mormon memoirs that resonated with my own experience.  In Therese Doucet’s A Lost Argument, she describes feeling invisible inside the church, particularly at BYU, and contrasts that with being noticed by men outside the church who had deep discussions with her.

The strangest thing of all, though is that he can see me.  I’m invisible to nearly everyone here.  I’m used to people’s eyes passing over me as if they saw right through me.

In Elna Baker’s New York Regional Mormon Singles Halloween Dance, she talks about her string of failures with Mormon men until she takes the advice from a book her mother was given in the 1970s.  The advice makes her totally successful with her Mormon male target, FHE “Dad” Brady:

If I wanted to make a relationship with Brady work, I didn’t have to flat out lie–all I had to do was pick up on what he wanted and pretend that this was me.  “Did you serve a mission?” Brady asked me.  I waited for him to tell me what he wanted to hear.

Of course, there’s the distinct possibility that the non-LDS men are primarily interested in sex and simply using conversation and feigned interest as a form of seduction.  When you take premarital sex off the table (so to speak), on what basis do single men engage with single women?

I had a dream during my freshman year at BYU that I was in an arranged marriage, honeymooning in my parents’ house (ah, the romance!).  When it was time for bed,  my new husband came into my room wearing flannel pajamas with horses all over them.  He was a total dork, utterly devoid of any sexual attractiveness, but I remember thinking in the dream that I was obligated to be in this marriage because he was worthy.  I felt like Elizabeth Bennett on her wedding night if she had married Mr. Collins.  Time to lie back and think of England!  But part of me felt guilty for not being able to look past his dorkiness to see the divine potential within and to make this marriage work.

When you marry to fill a role, the theory is that anyone will do, so long as they are worthy.

The other phenomenon I noticed at BYU was that some guys seemed to be waiting to be swept off their feet.  There were so many girls who wanted to get married that the “worthy” or desirable men could have their pick.  Some men would go out with dozens of different girls, as if they were holding an audition for the role of future wife.  Many men I met didn’t have a very realistic view of what they brought to the equation.  Their doting mothers hadn’t taught them humility.  And truth be told, many women were very eager to get married, even while very young.  Many were pursuing soft degrees that could be easily abandoned if they got married before finishing.  They were ready and willing to jump into wifery if someone offered. 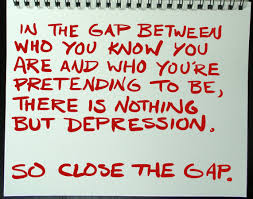 Eugene England wrote in Dialogue about the effect a belief in eventual polygamy has on Mormon marriages.  He described Mormon spouses investing less in our relationships in the here and now.  After all, if you’re going to have to share your spouse eventually, that’s an assumed theoretical wedge in your intimacy.

Another wedge to intimacy is the notion of filling divine roles rather than knowing and being known and creating a love based on who we really are, flaws and all.  When worthiness is the most important quality we seek, there’s a lot of incentive to hide our flaws and our true personalities in the process.