The LDS church tends to compare itself against other churches that have litigation involving abuse because the same sets of attorneys tend to handle the litigation nationwide for most churches, as do the same specialty insurers. If you compare number of claims, types of abuse, etc. from the data, church to church, the LDS look “pretty good.” But, as Elder Oaks has noted, both good and better are often the enemy of best.

I’d like to suggest a different look, a different approach to finding “best practices.” The approach I would suggest is the one taken from the corporate world and the EEOC approaches. (I know, too often people like to treat the Church as if it were a corporation, but the truth is that it acts much more like a church. In this particular situation, I’d like to suggest it might actually do better to act like a corporation).

I’d also like to suggest that people who are suggesting changes look at the larger perspective. For example, the 800 line for leaders revolves around the fact that in some areas leaders are mandatory reporters (hear of abuse, you must report it) and in other areas they are mandatory non-reporters (report abuse, go to jail and other bad things can happen). But that is similar to an inside line for managers.

The alternative approaches to reducing abuse

In a company with a desire to reduce abuse, they

What have other groups done?

In considering what companies do, we can also look at what other churches have done.

Many church schools have Ombuds. However, Ombuds have not been as successful for churches. Cf my earlier post on Ombuds.

The Catholic Church established a hotline in Germany. What is interesting is that it went from being overloaded in 2010 to being shutdown for lack of use in 2013.

The Dutch Catholic Church hotline prompted 3,679 reports of which 2,060 were validated resulting in 30 million euros in payments. The expected total is 60 million euros and the hotline has now closed.

The same is true in Uruguay, a hotline was established for reporting.

The Presbyterian Church has a hotline. They launched their hotline in 2017. It is a dual use hotline (for leaders and members) https://www.presbyterianmission.org/story/pcusa-launches-abuse-prevention-helpline/ They reached out to a third party vendor (Praesidium) and the Insurance Board (an insurer for various Churches) to set up their hotline wrapping in the practice of using outside groups and of wrapping in a group with a financial incentive to reduce abuse.

For perspective on the LDS hotline, http://www.utcourts.gov/opinions/supopin/MacGregor012814.pdf is the lead case that applies and can be found analyzed on the ABA site. It can give you a better feel for the LDS hotline. 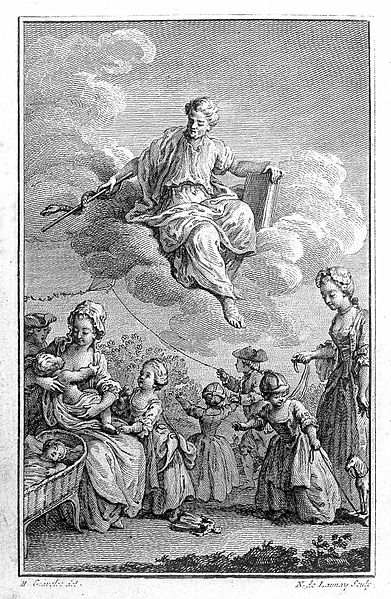 The Evangelical Lutheran Church has dedicated staff members and education/training programs.  That said, https://www.nytimes.com/2002/04/13/us/abuse-by-clergy-is-not-just-a-catholic-problem.html remains true today as it was over a decade ago. They also recently established a hot line has been reported to have the potential to make a difference (you Contact Barbara Keller at 773-380-2568, or email if you have a report — a specific person at a specific number and address).  The hotline was established when the dedicated staff members, education and training did not make the impact they hoped for.

The Anglican Church even has its own Wikipedia entry https://en.wikipedia.org/wiki/Anglican_Communion_sexual_abuse_cases Australia and New Zealand have had significant problems, with some serious academic study. https://www.ncbi.nlm.nih.gov/pubmed/22994693 and a royal commission study reported on in 2017. https://www.theguardian.com/australia-news/2017/mar/17/royal-commission-reveals-scale-of-child-sexual-abuse-in-anglican-church . We probably cannot expect a Royal Commission study in the United States so that is not an avenue we can use for changes.

Similar issues occur in the Americas with non-hierarchy churches. https://baptistnews.com/article/book-documents-molestation-in-conservative-baptist-churches/#.Ws0tBS7wbGg with the result that in 2018 they have decided to begin a new discussion. http://www.sbcthisweek.com/southern-baptist-church-center-sexual-abuse-discussion/ The question of where that will lead is still up in the air.

You can do searches for other groups and their approaches. It is almost overwhelming just how widespread the problems are.

As I said above, “so what?” The approach should not be to compare ourselves to other churches. In addition, the entire area is in flux as groups continue to look at possible solutions, approaches, reflections and concerns.

In looking at how to respond to allegations of abuse the question should be on establishing a best practice, not on just being “better” than others.

Many people have suggestions on how to do better. There are other approaches than taking the one from business organizations. For contemporary dialog see the following.

I’m providing links to the other approaches in order to keep this post at a reasonable length.

My experiences in studying facilitation initiatives taught me that in any complicated situation the solution is never the first suggestion by any side. Something better always emerges and evolves. As a result, I can definitely say I don’t know the answer, only the shape of the question. But, I’m sharing some ideas, links and thoughts to get feedback and the perspective of others who probably know more and better than I know.

My question for our readers

I look forward to your response.

Images are from Wikimedia Commons.

It seems to me that we should explicitly recognize and deal with the Mormon lay ministry structure. And I think that takes me toward the corporate model, even more so than in other churches that I think about.

First, the lay ministry structure has led to an over abundance of sacralizing position. Perhaps of necessity (in a social contract sense) we tend to treat the calling and setting apart as making or defining a man (almost always male) as “set apart,” as holy, as the right man for the job. Call it the mantel myth. This happens in all religions (that I know about) but I think it’s worse or stronger in Mormonism because we need it, to make sense of our next-door neighbor becoming the bishop for five years. It’s a different thought process than when considering someone who’s vocation and full-time paid job is ministry.

You’d think it would be easier to remember that your next-door neighbor bishop is just a man, and in the long run maybe we can take advantage of that. But in the near term, where recognizing and acknowledging are the first order task, I think the corporate models are the way to go, where there is a closer parallel and a clearer understanding that the boss for a day cannot be trusted to police himself.

Second, the lay ministry means that there is virtually no training and with fairly rapid turnover virtually no chance that there ever will be effective training for bishops and Stake Presidents. This argues for professionalizing and outsourcing the support and policing function for abuse cases.

Third, a lay ministry seduces us into thinking the issues are all about “us” — a flat concern. I think that’s wrong. I think there really is a difference (in how we should address the problem) between “domestic abuse” (member vs member, not necessarily in the home) and “leader abuse” where the church itself has created a power differential. I think we have to be completely serious about both, but completely serious means different things in the different spheres. Again, it feels like the corporate models more directly address this issue, and are more likely to be seen and accepted as fitting modern Mormonism.

9 thoughts on “On dealing with Abuse and Abusers”