In my post today I am going to write about some traits of Brigham Young’s and then some conclusions he reached that illustrate them.  I finish up by noting a current problem and asking the question of whose fault the problem is.

I invite your comments and feedback.

Brigham Young is known for:

I have never yet preached a sermon and sent it out to the children of men, that they may not call Scripture. Let me have the privilege of correcting a sermon, and it is as good Scripture as they deserve. The people have the oracles of God continually.” (Journal of Discourses, vol. 13, p. 95) 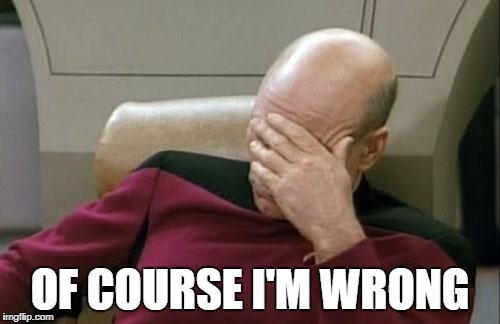 do not come to my office to ask me whether I am mistaken, for I want to tell you now perhaps I am.

I will acknowledge that all the time,” he elaborated, “but I do not acknowledge that I designedly lead this people astray.” Rather, “accord-[p.xii]ing to the best light and intelligence we are in possession of we will tell you what we think the Lord wishes of us and his policy concerning this people.”

Because the limits of revelation

…are inherent not in the Lord who gave them but in the imperfect language spoken by his weak servants, who had to decode the divine messages with various kinds of noise inhibiting them. Brigham Young did not believe, as he put it, “that there is a single revelation, among the many God has given to the Church, that is perfect in its fullness. The revelations of God contain correct doctrine and principle, so far as they go; but it is impossible for the poor, weak, low, grovelling, sinful inhabitants of the earth to receive a revelation from the Almighty in all its perfections. He has to speak to us in a manner to meet the extent of our capacities.

The older Brigham Young was quite clear that women made as good of shopkeepers, doctors, lawyers and legislators as men did.  He also felt that women, as a whole were not equal to men, but it was a result of the opportunities, education and social treatment of them — not anything inherent.