When we talk about Covenants, too often we treat them as if they were contracts, and if they only had one part — the terms of the contract.  In reality, covenants have two parts. The first part of a covenant pertains to the rules.  In a legal contract, we would call those rules the terms of the contract.  In a covenant, they are the definition or oath.  So there is that part.  But there is more to a covenant than the rules or terms. 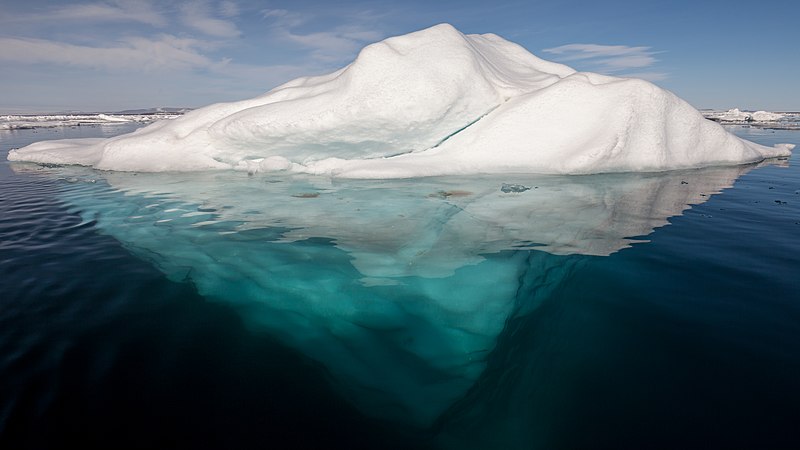 When we talk of covenants, too often we focus on the 10% of the covenant that is on the surface and miss the 90% that is not.  Our covenants are somewhat like icebergs.  The 10% that we see is the contract.  But the 90% relationship part that makes up the real substance of a covenant — we miss that 90%.

To quote one dictionary on the term:

The Idea of Covenant. The term “covenant” is of Latin origin (con venire), meaning a coming together. It presupposes two or more parties who come together to make a contract, agreeing on promises, stipulations, privileges, and responsibilities. In religious and theological circles there has not been agreement on precisely what is to be understood by the biblical term. It is used variously in biblical contexts. In political situations, it can be translated treaty; in a social setting, it means a lifelong friendship agreement;

The biblical words most often translated “covenant” are berit [tyir.B] in the Old Testament (appearing about 280 times) and diatheke [diaqhvkh] in the New Testament (at least 33 times). The origin of the Old Testament word has been debated; some have said it comes from a custom of eating together ( Gen 26:30 ; 31:54 ); others have emphasized the idea of cutting an animal (an animal was cut in half [ 15:18 ]); still others have seen the ideas of perceiving or determining as root concepts. The preferred meaning of this Old Testament word is bond; a covenant refers to two or more parties bound together.

The key is that a covenant is the binding together of parties.  Most generally, a covenant is the binding together of parties in a relationship that the ancients would think of as a patron-client relationship.  The Bible is filled with this as a rich theme, and it is the core of much of what Paul states and the language he uses in the New Testament.  When Paul speaks of covenants, and grace and faith, he is speaking in terms of the patron and client relationship that ran throughout the ancient world.  The patron gave favors — acts of grace.  The client owed faithfulness and respect.

To quote another source:

deSilva and Crook show quite clearly that the relationship between God and men is described in the NT in terms of an ancient client-patron relationship. Crook in particular explores the terminology used by the NT and compares it to the language of patronage in secular and Jewish documents, showing a strong match. (Hence, note that although “client” and “patron” are terms used most often of Roman reciprocal relationships, the basic elements, such as reciprocity, are essentially the same.)

What patronage means, very simply, is that rich people give gifts and favor to the poor, and the poor were expected to be loyal (faithful) in return. God is the rich one (hence phrases referring to the “riches of his glory” [Rom. 9:23] have more meaning than we realize) and we are the poor folk.

The concepts were not limited to the Romans.  Aristotle (Greek) stated that a patron should exhibit grace as “helpfulness toward someone in need, not in return for anything, nor for the advantage of the helper himself, but for that of the person helped”  Christ talks of us doing the works of God (showing grace to others ourselves) to be the children of God.  That is, we are to inherit the role as part of the covenant.

The patron-client relationship was part of the ancient world.  To quote:

Ancient biblical societies functioned on a patron-client basis. As such, there was great inequality between the “Haves” and the “Have-nots.” The inequality existed in substance (possessions) and power and influence. As a result, the client needed the resources that the patron could offer. The patron needed (or found useful) the loyalty and honor that the client could give him.

… then speaking of first century Christians in this context …

They understood that God was honor-bound to support them, and especially so since He was love, and they were doing what He asked them to do. As Scripture says, “…God opposes the proud but gives grace to the humble” (James 4:6b). An obedient Christian can expect God’s grace. [3] As a loving patron, God will bless, and give grace to, those who support and obey Him. On the other hand, like any ancient patron, those who are proud and arrogant will not get the blessings from God they could have otherwise received

Thus when we enter into a covenant with God, we are agreeing to a relationship not a contract.  The relationship is simple.  We accept God’s love.  We agree to be faithful to God and to learn how to love others. The difference between being part of the people referred to when the rain falls on the just and the unjust (to quote from the Bible) and someone who has become part of the covenant people is commitment to the relationship and to extending it through love.  The Abrahamic Covenant is the promise that we will nurture a relationship with God and with others.

In thinking of covenants with God the takeaway lesson is that they are a matter of commitment to a relationship more than rules. To covenant with God is to enter into a relationship of honor and respect and love with God.  To be faithful.  The rules of the covenant are the smallest part.  The largest and most significant part of the matter is commitment to the relationship we enter into.  The rules, like tithes of mint and anise seed, are the smallest part.

Think about that next time someone brings up covenants.