Men (and other women) need to stop blaming women for what men do. In India, there was a “mass molestation” – and the official response was that the women caused it by wearing western clothing. State Minister G Parameshwara came under fire for his statements with calls for his resignation.

“Youngsters were almost like Westerners. They tried to copy the Westerner, not only in their mindset, but even in their dressing. So some disturbance, some girls are harassed, these kinds of things do happen.”

Another official, an assemblyman from Maharashtra State, Abu Azmi complained that:

“The more nude the woman looks, the more fashionable and modern she is called.”

Before anyone gets indignant and condemns the Indian men and their response as uniquely barbaric and backwards:

1) The way a woman was dressed at the time of her assault is used regularly by the defense in rape trials in Western countries. It is the cornerstone of Rape Defense 101. 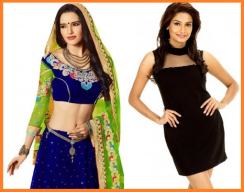 2) We just listened endlessly to Leonard Cohen state that Bathsheba’s beauty overthrew David. NO!! David’s lack of self-control overthrew David. Bathsheba was an innocent bystander and collateral damage to David’s inability to control his lust.

3) We regularly call a mistress a “home wrecker.” NO!! The husband who cheats on his wife is the home wrecker – especially when it is with a second or third mistress leading to a third or fourth marriage. (ye bastions of “family values”)

4) We demand women bear babies conceived by rape but recoil in horror at the thought of castration as a punishment for the rapists. (I am not endorsing that action but merely pointing out the hypocrisy involved.)

5) We decry the baring of shoulders and stomachs as too tempting, while playing “shirts and skins” basketball with no thought whatsoever to the glaring double standard.

Men, keep it in your pants – and quit blaming women for your weakness and inability/unwillingness to do so.

3 thoughts on “The Blame Game”