I was late to church because I was finishing up on filing my taxes.  This is the time of year when we get to look and see how much we’re sending to the government, and while many of us enjoy the tax refund, we neglect to see how much we’re sending to the government.  Tea Party types have been keen on cutting government spending of all types, but one of the most popular forms of government spending involves farm subsidies.  Americans claim that we like free-market solutions, but that doesn’t seem to apply to food.  The U.S. Government subsidizes farmers immensely. 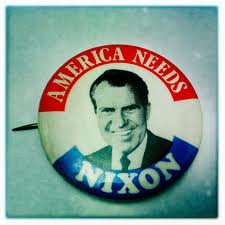 During the Nixon Administration, food prices were on the rise, and Nixon asked agriculture secretary Earl L. Butz to do something to lower food prices.  In the past, the U.S. government paid farmers not to farm in order to allow farmers a profit on the produce they grew, especially in relation to corn.  However, Butz thought this was bad policy (reversing the policy of many previous Agriculture Secretaries, including Ezra Taft Benson.)  Butz decided that farmers should be paid to produce as much corn as possible in order to lower food prices.  Prices would inevitably drop because of so much supply, making it better for consumers, but worse for farmers.  This is where the government subsidies step in.

The documentary King Corn follows two recent college graduates from Boston that decide to move to Iowa and grow an acre of corn.  In February, the go to the Farm Bureau to learn that they will earn $14 for the promise to grow 1 acre of corn, and another $14 after it is harvested.   Without a government subsidy, they would lose money.

The reason why farmers grow so much corn is that it can be stored for a very long time, unlike other produce like lettuce, broccoli, or apples.  Corn is therefore stored until a farmer can get a good price.  You just can’t do that with apples, so that is one thing that makes corn so attractive to grow.  Additionally, technology has allowed farmers to grow a specific type of corn that yields more corn per acre, though it is less nutritious.  In fact, it is completely inedible and must be processed into edible food.  One-third of corn is also used as ethanol, which isn’t even edible.

Cattle farmers have discovered that corn makes cows (and chickens, turkeys, and other animals) grow fat faster, especially if they keep cows and chickens in small pens so there is no room to walk.  Cows and chickens are ready to slaughter in a much shorter time, allowing farmers to make more money by shortening to time to grow meat.  Once again, this is good for consumers, because it increases supply, driving down prices.  It also make it cheaper for fast food restaurants (such as McDonalds), to make cheap food.  (Even french fries are cooked in corn oil!)  But once again, the tradeoff is that the cows and chickens are less healthy, and humans are ingesting less healthy meat.  So in effect, the government is indirectly subsidizing McDonalds.  It also causes poorer people to shop at McDonalds because it is cheaper than buying more healthy, expensive vegetables.

Furthermore, farmers know that they must kill their cattle at a certain age, or the cattle will get sick.  It causes all sorts of heart problems, intestinal problems, etc.  If cows ate only the corn feed, they would be dead within 6 months, so it is actually useful to slaughter them when they are merely 4 months old.  And this is the stuff we eat at both the supermarket, as well as the fast food restaurants.  But it is cheap.

But that’s not all.  There is so much corn that farmers were looking for other ways to use corn.  One solution is high fructose corn syrup, and it is exceptionally cheap, and exceptionally high calorie.  Corn sweeteners are found in not only sodas, but “healthy” fruit juices (apple juice, cranberry juice, etc.) One of the surprising things about corn syrup is that the human body can’t distinguish that it is consuming so many calories.  One cab driver reported that by simply eliminating soda from his diet, he lost 100 pounds!  This is one of the reasons why New York City tried to limit the size of soda–corn consumption via soda is a huge problem contributing to obesity and associated diabetes.   Once again, corn subsidies are lowering the cost of food, but making it more unhealthy to eat.

But that’s not all.  Because the U.S. is selling corn so low, it is putting Mexican farmers (for whom corn is a historically grown product) out of business, because we are selling our corn below the cost to actually produce it.  In turn, this leads to Mexicans crossing the border to find work, because they certainly can’t compete with American farm subsidies.

The biggest problem with the obesity epidemic is the associated diabetes that comes with it.  Health Care costs are skyrocketing because of obesity induced diabetes.  It is one of the biggest problems with rising health care costs.  So we have cheap food, but high health care costs come from our cheap food.  The problem is that corn is so ubiquitous, a consumer can’t avoid eating corn syrup or corn-fed animals unless they grown their own food.  How likely is that going to happen?

The CDC has an amazing animation that shows the rising rates of obesity between 1988-2008.  The reality is that our cheap food is going to bankrupt us with astronomical health care costs.  Yet who out there wants to start paying $8/gallon for milk, or $15 for a hamburger?

With April 15 here, what are your opinions on farm subsidies?

18 thoughts on “Taxes, Spending, and Corn”