When Joseph Smith was explaining our faith’s beliefs to John Wentworth, he wanted to point out that we believe in the Bible, but that he felt it had errors.  After all, he was working on a new translation of it.  He said:

But what does this mean exactly?  Given that Mormonism teaches that Christianity has essentially been the same from the dawn of time including before Christ (although under the Law of Moses), there is an inherent historical literalness implied, a belief that the events of ancient Israel are essentially like modern Israel (Mormonism).  The loophole provided in the 8th Article of Faith is explicitly around translation errors.  It also doesn’t include the Book of Mormon, as if the possibility of translation errors (or abridgment errors) wasn’t considered. 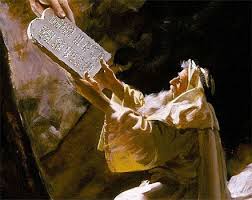 There are only two stories of God actually authoring something directly:  the ten commandments and the writing on the temple wall.  When it comes to scripture, there is always a human author holding the pen, whether translating, interpreting, abridging, narrating, or authoring.  Where does the word of God begin and the interpretation of the human end?

Is the word of God communicable?

Language is always imprecise because language is used to describe language.  It is circular and self-referential.  It is an implicit agreement between a set of signifiers, each of which is only defined by other signifiers.  It is inherently imprecise and fluid.

Derrida quotes Saussure: “Language and writing are two distinct systems of signs; the second exists for the sole purpose of representing the first.”

If language is problematic enough for human discourse, what are the human limits to express the divine?  We are taught that some of the words that Jesus prayed could not be recorded.  In 3 Nephi 19 we read: 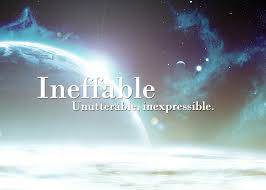 Joseph Campbell in the Power of Myth discusses with Bill Moyer the impossibility of expressing the divine:

CAMPBELL:  We want to think about God.  God is a thought.  God is a name.  God is an idea.  But its reference is to something that transcends all thinking.  The ultimate mystery of being is beyond all categories of thought.  As Kant said, the thing in itself is no thing.  It transcends thingness.  It goes past anything that could be thought.  The best things can’t be told because they transcend thought. The second best are misunderstood, because those are the thoughts that are supposed to refer to that which can’t be thought about.  The third best are what we talk about.  And myth is that field of reference to what is absolutely transcendent.

MOYERS:  What can’t be known or named except in our feeble attempt to clothe it in language.

CAMPBELL:  The ultimate word in our English language for that which is transcendent is God.  But then you have a concept, don’t you see?  You think of God as the father.  Now in religions where the god or creator is the mother, the whole world is her body.  There is nowhere else.  The male god is usually somewhere else. . .

MOYERS:  But isn’t the only way a human being can try to grope with this immense idea is to assign it a language that he or she understands?  God, he, God, she —

Since God didn’t write it and usually didn’t literally speak it, what do we mean when we say the Word of God?