This is the 2nd part of a multi-part series on the factions and fractures of Mormon Blogging. Please read Part 1 first here.

Up to this point, I’ve mostly focused on the Bloggernacle (particularly with respect to major personalities and metonyms like By Common Consent and Steve Evans) and its eternal opposition to the Disaffected Mormon Underground. And shouldn’t this opposition make sense? The two groups have fundamentally different perspectives on the inspiration of various aspects of the church.

Indeed, in “modern” discussions (that is, discussions in 2011 and 2010, rather than 2004 and 2005,) many Bloggernacle representatives would still assert that for the most part, the major boundary that exists is between believer and nonbeliever. In a discussion on Millennial Star that inspired me to write this series in the first place, Scott B and John C argue dually that 1) there should to be a division between believing and non-believing blogs and 2) there shouldn’t be divisions between believing blogs. A selection of quotations (emphasis all added):

I guess the thing that bothers me is that the OP seems to be prescribing distantly separated tables for people who really ought to be dining together. I’ve always felt myself to be kind of an outsider in Mormon blogging circles, because I wasn’t around in the early days and really only know a few people. Nevertheless, one of my most frustrating observations is the degree of us vs. them mentalities that exist on the group blogs. I see it at BCC [ed. note: By Common Consent], I see it here at M* [ed. note: Millennial Star], and I’ve seen it virtually everywhere else. If you look back at posts from 2004-2007, you could see a lot of mixing. T&S [ed. note: Times & Seasons] authors commented at BCC, BCC authors commented at M*, and every other combination existed also. Now, there are only a couple of people from each of these blogs who venture out of the safe havens of their own blogs. I’m one of those people–on this post alone, I’m probably tripling the number of comments I’ve made at M* this year.

… I think (correct me if I’m wrong) that Bruce Nielsen has argued in several places–based on his experience at MormonMatters–that some kind of faithful/critical demarcation is necessary and unavoidable. I agree, but I firmly believe that, in trying to create a safe place to discuss our faith in Christ, in the Restoration, and everything else that crosses our paths in the kingdom, we’ve all collectively drawn some unfortunate and unnecessary lines in the sand using personal insult and resentment as our swords, instead of actual security and belief. ~Scott B.

I certainly recognize that the MSP [ed. note: Main Street Plaza] crowd and…well…everyone else have issues in getting along. When the categories are “believers” and “not believers” there is a dynamic that I don’t have a solution for, and to be honest, while I’m addressing you in these comments, I’m not really talking about that divide. It’s a different beast altogether, because we’re no longer talking about interpretations and applications of inspired doctrines, policies, and teachings–we’re talking about the existence of the “inspired” element, and that is a discussion many Mormons aren’t interested in arguing about. So help me, I’m one of those who has zero interest in it…. ~Scott B

MSP actually has its own awards because of this problem. We don’t consider ourselves to be fellow travelers with you religiously, because we occupy different religious realities. That isn’t to say that I think you or the MSP crowd are inherently bad, but you are very, very different (even if J. Max doesn’t think the difference is that great). So I wouldn’t generally consider MSP a part of the bloggernacle. We can still talk, of course, but I don’t feel compelled to host the sort of conversations that take place at MSP.

…I imagine the bloggernacle to be a place where all participants are generally sympathetic to the church (or, failing that, pretend to be (or, failing that, are not jerks, usually)). Beyond that, I may or may not like your approach but I won’t normally argue for your exclusion.

…if someone nominated MSP for a best blog niblet, I’d argue against it. But there are plenty of times where the distinctions being made are unhelpful. J. Max knows that I’ve long thought that Nothing Wavering is a bad idea and that the distinction he is trying to make is a false and ugly one. If the M* awards are the Nothing Wavering awards, that’s your right, but they’ll be just as false and ugly. Not that you want or need my approval, of course. ~John C.

…I think that the distinction being made between Nothing Wavering and the Mormon Archipelago is trivial and unnecessarily divisive. I think that an award that caters exclusively to one or the other is blind and self-deluding. I don’t think this is the case with an exclusion of MSP, because I think the believer/non-believer distinction is significant. That the Niblets thusfar have only recognized Mormon Archipelago blogs (which isn’t even factually correct) is more a problem of scope than exclusion. That said, the Mormon Archipelago does attempt to be exclusive. They try not to let DAMU blogs in, blogs that are of poor quality, blogs that are obnoxious, or blogs that encourage people to question their testimony. I can think of a couple exceptions, but we try to keep it to a minimum. Also, we excluded Jettboy. I’ve no idea why and I will happily look into it if he would like me to. ~John C.

Do these alliances play out?

Please note, from the above snippets, that John C. is the same as the founding member “J. Daniel Crawford” of the Mormon Archipelago. And while Scott isn’t a founder in any sense (as he himself writes, he has come onto the scene very “late”), he has become a bit of the Bloggernacle Historian,  with coverage, among other things, of the Banner of Heaven fake blog. These two individuals, then, represent the old and the new of the Bloggernacle philosophy and discourse, and to some extent, they are calling for the same thing…a united bloggernacle…but clear boundaries fortified against the disaffected.

But within these comments is evidence of the deeper fracture. Notice that John C and Scott are having to argue that various participants should move toward a united Mormon faithful blogging community. It doesn’t already exist. Scott laments that it may once have, but now it doesn’t anymore. 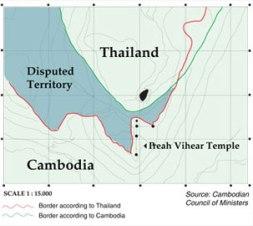 And so, how can we make sense of these extra fractures? In a way, it’s a case of disputed territory borders. It’s in some of the names mentioned in their quotations: we have to look at Millennial Star, Nothing Wavering, and J. Max Wilson. And that will be the subject of part 3.

Questions for Part II and the future…

41 thoughts on “The Fractures and Factions of Mormon Blogging, Part II”