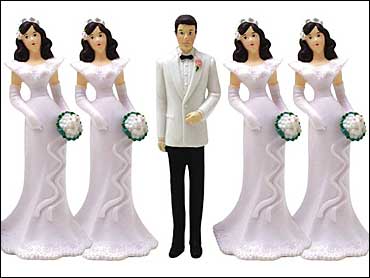 Joseph Smith said, “Friendship is one of the grand fundamental principles of Mormonism.”

A few years ago, Mark Brown inaugurated (kinda) his posting stint at By Common Consent with an article that elaborated on such. He wrote about a deeply structural difference to the way Mormons go about their church experience than do other religious — or, for that matter, secular — communities:

In general, we have a lot of control over our associations and social interactions. If we dislike someone we can simply avoid him. But the church is unique among other organizations because it attempts to foster friendship among people who do not select one another. Think about home teaching or visiting teaching, for instance. These simple callings bring us into close contact with people whose 1) understanding of the gospel is incomprehensible, 2) personality is annoying, 3) political views are alarming, and 4) life is a mess. If you were my home teacher, you might go four for four, and I might think the same of you, too. It is only when we realize that we are stuck with each other that we can begin to make progress. Often we feel uncomfortable and out of place, but I’ve been surprised to learn how many others feel the same way. We are mostly a collection of square pegs, all wondering where we fit.

I’ve seen this message — a message of tension and working with the tension of conflicting personalities elsewhere — like in Eugene England’s “Why The Church Is As True As The Gospel” (or PDF). Therein, he turns the traditional singlet (I don’t know that we teach it. I don’t know that we emphasize it) that “The Gospel is True but the people are not” or even “The Church is True but the people are not” (whatever “the church” is without people) around by asserting that the church — through and because of flawed people, presents the environment whereby saints can be perfected.

…In the life of the true Church, as in a good marriage, there are constant opportunities for all to serve, especially to learn to serve people we would not normally choose to serve—or possibly even associate with—and thus there are opportunities to learn to love unconditionally (which, after all, is the most important thing to learn in the gospel). There is constant encouragement, even pressure, to be “active”: To have a “calling” and thus to have to grapple with relationships and management, with other people’s ideas and wishes, their feelings and failures. To attend classes and meetings and to have to listen to other people’s sometimes misinformed or prejudiced notions and to have to make some constructive response. To be subject to leaders and occasionally to be hurt by their weakness and blind­ness, even unrighteous dominion—and then to be called to a leadership position and find that we, too, with all the best inten­tions, can be weak and blind and unrighteous.

I found it interesting that England would compare the church to marriage, but at the same time I didn’t find it that weird at all. The New York Times recently had an article “Single, Female, Mormon, Alone,” and after some time, BCC had a discussion about it. Whether the article clued us in to it or not, I think a few people there recognized that the church is quite family- and marriage-centric — to the unfortunate extent of making certain others (gay, single, and divorced people [plus the permutations of the listed three {and these are not exhaustive}]) feel marginalized.

What came out several times was the idea that well, marriage is the ideal. Family is the ideal. Even as we figure out ways to accommodate people outside of the ideal (whether they can have hope for achieving that ideal in mortality or not), within the church, we have a clarity of their separation from the ideal in a way that seems strangely disproportionate (all fall short of the glory of God, but it seems some fall shorter than others).

So, what is this thing about marriage?

I admittedly didn’t get far into my analysis of it, but Thinking in a Marrow Bone’s Joe O had a series devoted to thoughts about marriage. In the first part, Joe notes that difference is essential. Firstly in the body of Christ (you’re grateful that your lungs are different from your heart), but then, of course, in marriage. The second part notes that the married parents represent a model to children — a microcosm of the way that two different people certainly conflict, but yet (we hope!) remain united. The third is where things get juicier — to “know” one another in marriage is a ritual of difference, and through these differences, we recognize that difference is a mirror into the infinity of our partners. In the fourth, Joe ponders whether the Sin of Sodom was more of a failure to recognize that infinity — a failure of charity.

(All of this stuff about “infinity” makes more sense, I guess, if you are already familiar with Emmanuel Levinas, or if you read the article — also at TiaMB — that succinctly discusses two ways in which we can view things — as a totality [a box] or an infinity [that cannot be contained.])

But I digress…the fifth article — to wrap things up, argued that in a defense of marriage, we hope to preserve a view of difference. For Latter-day Saints, it is a preservation of eternal differences.

Now, what I wanted to do in my article series at my blog was raise the point that it seems to me that we could frame this question an entirely different way. Even recognizing the importance of difference (and recognizing the infinity of difference afforded to us as human beings, if not afforded to us as eternal spirits), it seemed to me that seeking difference primarily in a heterosexual marriage context is limiting and limited. Consider that other differences are even discouraged! I don’t know if this nearly four-decades-old quotation from the Aaronic Priesthood 3 manual’s lesson on choosing an eternal companion is still used, but I can still understand the logic (however perverse) behind a suggestion that same racial background is preferred, as well as social, economic, and educational background. And of course, one should not be unequally yoked spiritually.

When viewing things in this context, I also thought: by the same reasoning, actually, polygamy isn’t intrinsically problematic. And that reminded me of one comment at the BCC article for Sister Hardy. A snippet:

Chanson later said she was kidding about that polygamy part, but I don’t see why intrinsically the suggestion is a joke (other than a kneejerk reaction to the status quo of human relationships or polygamist groups). What seems wrong about polygamy are problems in fallen human nature that tend to make the resulting relationships inequitable. But as people seeking to be perfected, shouldn’t we be seeking to work through those deficiencies in the same way we try to work through human flaws that hinder relationships in every other dimension? In the same way we challenge ourselves to serve more people (to increase the size of our in-groups, not further cloister off), it seems the same should theoretically apply in marriage.

I guess this is why there are a few who note that polygamy isn’t necessarily a “debunked” concept in Mormonism. It might be a dream deferred, but perhaps one that won’t explode. It might be something that happens in the afterlife. But then I wonder…why do people resist the the idea of polygamy in heaven? Is there a fear that the relationships in heaven will mimic the certain failings or limitations of conventions in mortality? (and must those failings apply to all polygamous relationships in mortality or…?)

Is thinking in terms of heterosexual monogamy a limited convention? Is there something intrinsically wrong with polygamy — if only a broader, more open, more complete (perfect?) form — that renders the very idea a contradiction in terms?

Disclaimer: This post is neither an endorsement nor a condemnation of any real-world polygamist groups, beliefs, practices, or communities. I do not claim to have knowledge of these communities or their practical workings, so if the conversation goes that way, I’ll probably say, “Huh wha?”

124 thoughts on “What is intrinsically wrong with polygamy?”