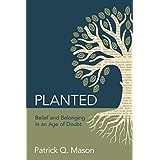 I had the chance to listen to Patrick Mason speak at the Miller-Eccles group.  Most people know him as an author or as the non-general authority face of the Church when reporters have questions.  While he is the chair of Mormon Studies at Claremont, he is also a respected academic outside of LDS matters. He also wrote the book, Planted, which I guess I need to read.

He has a metaphor he likes for talking about the Church and its critics and the strive that seems to swirl about and that is the metaphor of the Christmas truce in WWI.

What happened is that around October of 1914, both sides basically ran out of ammunition, since they had planned and expected to win the war before then. The sides then focused more on building trenches than trying to kill each other as supplies caught up and the trenches were not really finished until November of 1914. By Christmas of 1914 ammunition had not really caught up significantly, and everyone had been sitting, and not really fighting, for some time. 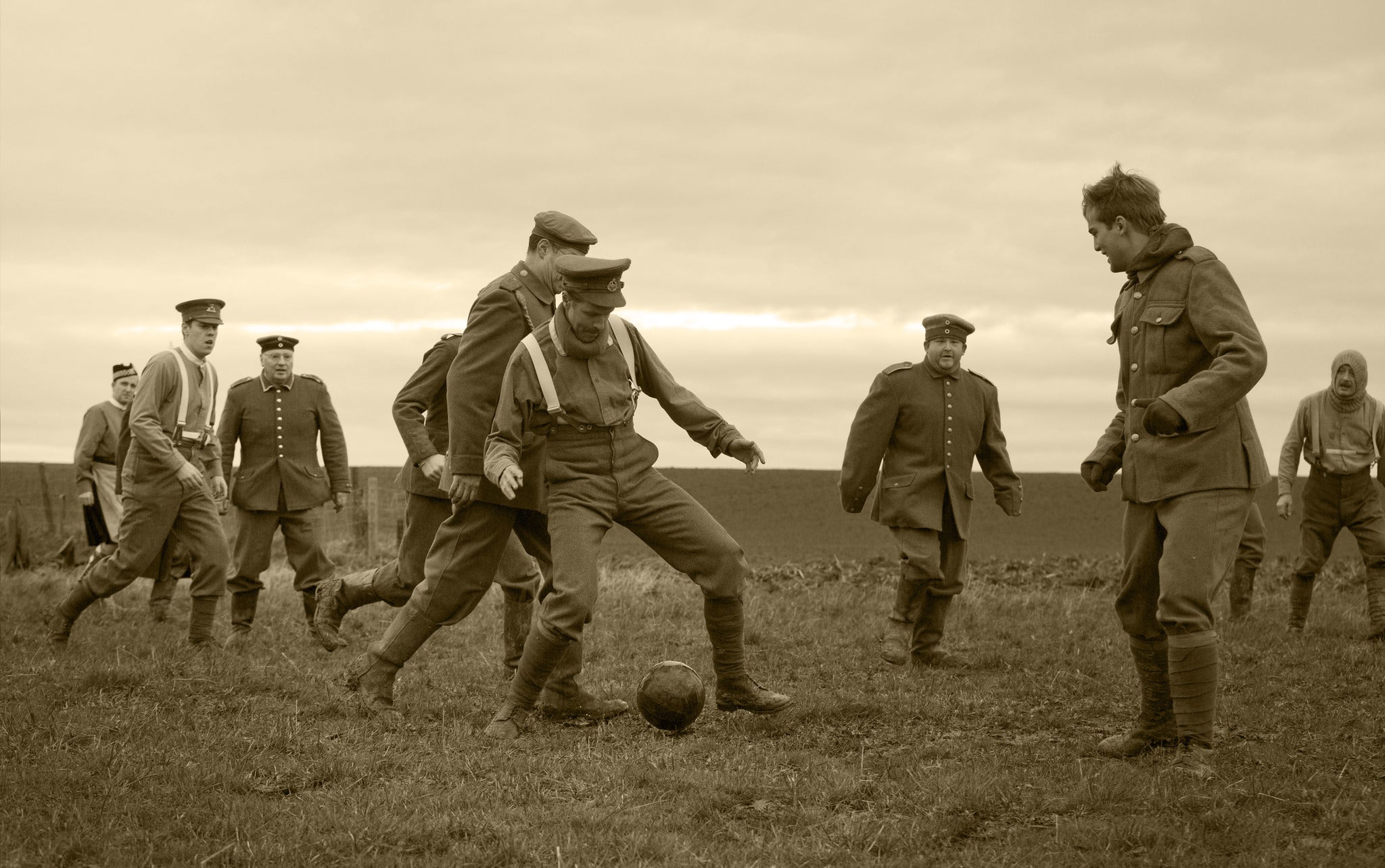 soccer, sang Christmas hymns together and exchanged some simple gifts. They recognized each other’s essential humanity and, for a brief moment, shared peace.
Of course we know that did not last, as they completed rearming and it was blood and death and both sides thinking they could win until the war ended.  It wasn’t helped that the leaders issued orders forbidding anymore truces and forbidding any more humanization of the enemy. The governments also pushed back against the suffragettes who attempted peace initiatives.

The result was carnage. Casualties were so high that when WWII was fought, the sides fought it with divisions instead of army corps (army corps are made of divisions). War did not lead to peace, only more war. 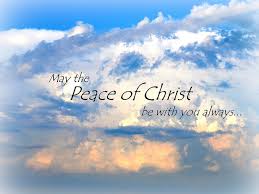 But maybe, just maybe, something else would have been possible. The confluence of remembering Christ, recognizing each other, in a time when the option of war was restrained, was a time when something else might have happened, if the sides had only chosen to embrace that rather than re-arm and plunge back into the fight.

Against that he sees the current situation in the Church as another major inflection point, much like Joseph Smith’s death or the end of polygamy. What that point will lead to or what it will entail, he can’t predict. He is an historian, not a futurist. He also analyzes the three classes of people who go inactive or leave the church from that metaphor.

The first group generally have been faithful members for a long time, but generally are very black and white and often very judgmental. They are the most likely to become atheists. They have discovered something that doesn’t match what they believed, feel betrayed and then have a cascade that involves not being able to deal with a lack of infallibility. They want every prophet to be like Moses at his peak, with God speaking face-to-face, rather than for prophets to be like the majority (against whom Moses is contrasted) in the Old Testament.

They are appalled when modern apostles act just like those in the New Testament. (In discussing that group, my thought is that they either haven’t really read the Bible or they missed 95% of it. Mason agrees that while we have started to actually take the Book of Mormon seriously, we need to really take the Bible seriously too, especially what it teaches us about the humanity and fallibility of prophets and leaders and the way that gives us a lens to view God’s interaction with humanity).

They need to see the movies about Peter and Paul fighting if they can’t bring themselves to read the book (The New Testament).

His advice to those in the audience was to avoid being squeezed out, you need not to be a weirdo from day one. Show up, help, build social capital. Also build your own spiritual space that the Church supports, rather than rely on the church to occupy that space for you.

The third group just tunes out. To them, 2017 Mormonism is not relevant to their lives, their needs or their hopes, especially as they are experiencing the local church. While we as a people have a lot that is relevant, it is often missing from the experience that people are having day to day.

That part of his thinking segues into what a church can offer people.

The difference between what could be delivered and what is delivered is interesting, and is affected by the changes and currents in programs and approaches.

For example, a big change in the Church has been that we have engaged in abandoning the social activity end of the church. Ward dinners, linger longer, festivals, etc. were thought not to be part of the core of the Church and were phased out as a part of modern correlation. Instead, we offer the chance to nap in church meetings. (Ok, that is a joke, based on a too common image of church services).

One result is that the social structure process in the church often consists in efforts to create and maintain a social hierarchy that to socialize or to have social interaction.  That long string of words means that the social part of a church is sometimes nothing more than creating a pecking order, and nothing else.

That sort of social process is more than pleasant to anyone who is served by that (that is, if you are at the top of the pecking order it is great, and if the socializing at church is limited to maintaining the pecking order, it is pretty pleasant to you). You can think of that as inhaling in the words of President Uchtdorf. 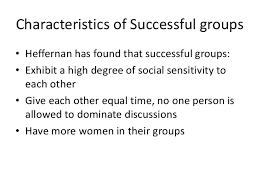 However, when the social structure of the Church consists merely of creating and reinforcing social hierarchy and pecking orders, if that is all there is to socializing at church it isolates and squeezes out many. It is as if you had dropped back into high school and aren’t an athletic star or cheerleader.

It also creates groups that are not successful.

Young adults are generally not enamored of the chance to make up the bottom of the pyramid created by social ordering.  Every time there is a “leadership” structure where they sit and take orders but do not make their own decisions, that is what they are getting.  If that is all they get socially, they lose interest.

Many young adults also seem to not be engaged by the chance to have old lessons repeated, finding that process boring and not relevant. That contrasts with people new to the church who find everything an opening book and who love the repetition and simplicity. 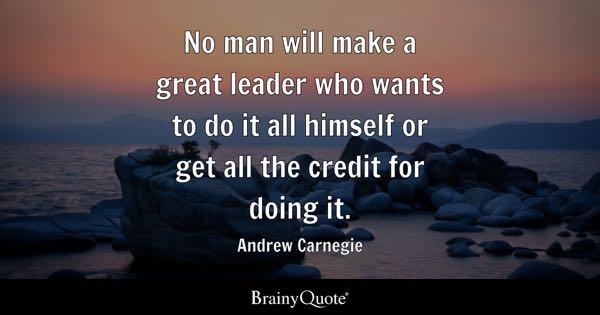 Finally, too often service seems channeled into things that result in rewards and recognition for the leaders who channel people into service projects, rather than a real connection, or in shallow service rendered just long enough to open a wedge for missionary work.

When a service project is a photo op for a leader, it just does not offer the rewards that service is supposed to bring. Instead, it fees like exploitation to everyone in the chain.

None of those points are really new. They are pretty much standard problems that all churches face. Additionally, all of the tools and elements to address the issues can be found in conference talks. Much of it is preaching the message of Christ to “those who are afar off” and ministering in love, while providing nourishment to the body of Christ.

But it appears to be difficult in execution.

Anyway, those are my initial thoughts.  I thought I would share them in connection with the guest post we had that gives one perspective.

Patrick Mason also stated he felt that the LDS Church was at a great inflection point, much like occurred at the death of Joseph Smith or when the Church abandoned polygamy.  He hasn’t the slightest idea of where it will go (after all, he is an historian, looking backwards, not forwards), but such points often bring about great change.