Thinking about the following made me understand why I react the way I do to people who insist that any simplification of a narrative is a lie.  In addition, because I do not have visual memories the way many people do, and am an abstract rather than a concrete thinker, I don’t deal in details the same way.

The following is my perspective. 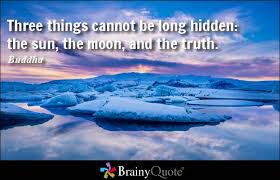 I realized recently that by the standards of some people who insist that all simplification is a lie that I am a gross fraud and liar.

After all, I have said many times that my wife and I buried three children in a five year span.  By the standards of many critics of the church, that is a lie.  It was really four and a half years.  Well, to be precise, that isn’t even true. It was from January 26, 1993 to August 31, 1997. Which isn’t completely accurate. It was late at night on the 26th, early in the morning on the 31st.

Which isn’t even accurate, since the funerals followed the deaths and I don’t really have strong memories of when the funerals were by date. Except by the time Robin died, we didn’t have a funeral, we just had a grave-side service, we couldn’t take a funeral.

And though I’ve been asked to write on the topic (of grief and loss), I’ve not included all the details.  Like what it felt to attempt CPR on someone too dead for it to have any effect.  Or the autopsy they did on Robin that was so botched a police officer launched a desecration of a human corpse investigation.

And when we get to memory, memory is about lessons learned, rather than facts, and for most people it is a matter of labels rather than pictures (all the more for me since I lack visual memory for the most part).

So it isn’t so much a riddle as to what memory is, as it is that memory just isn’t what we think it is and it has some rules it follows that people either have never learned or they have forgotten.  That leads many to false conclusions.  With that in mind, I am going to repeat some things that accepted science says about memory.

A simplified memory may be more accurate, especially if it is a label used to avoid recalling and editing the detailed memory in order to preserve that memory unaltered.
.
To many, the simple explanation is the most elegant and the most correct because it contains the least amount of surplus, false trails, and false connotations (vs. denotations).
.
Further, at times a simplified story might be as much as an audience really has time or energy to hear — and again, more importantly, since memory is about the lesson learned and not the fact — it may capture the lesson better than other things would.
.
So it is not necessarily a lie to simplify a story or to limit the details shared about it.  This is especially true when we see through a glass, darkly, or when the essence of the narrative is what we are communicating rather than the details. This is why I reject it when people imply I am a liar when I talk about those five very dark years in my life in simple terms rather than in detailed ones.
.
When I talk about those years, it is my memory, and my story, my narrative.  It is my truth.  The simple truth in my narrative.  Simplicity is the truth and it is all I have.
.
Because, in the end, the simple narrative of our lives is all any of us have.
=============================
So, what do  you think?

83 thoughts on “Memory, Simplification and Lies”