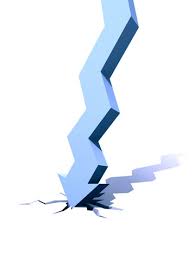 “Rejoice in the Lord alway: and again I say, Rejoice. Let your moderation be known unto all men. The Lord is at hand.” (Philippians 4:4-5).

Are we losing moderate religion in our societies? Does it matter? This week the BBC R4 programme Beyond Belief discussed religious decline. Presenter Ernie Rae was joined by the Revd Dr Sam Wells, Professor Linda Woodhead (Sociology of Religion), and Dr Jasjit Singh (research fellow looking at religious transmission). There was an inset interview with Sanderson Jones (co-founder of the Sunday Assembly).

The participants identified and discussed a number of possible causes:

The failure amongst all generations now living to socialise their children in their religion.

Seen as something harder to do with every generation, as more and more people have no experience of a religious institution. It was pointed out that (in Britain) since 1948 the state has taken over many of the caring responsibilities previously filled by the churches, so such socialisation would not have taken place as a matter of course. This is less of a problem in minority religions currently, as the religious institution also serves as a cultural centre, and attendance as a way of establishing identity. There was a suggestion that it would be interesting to see what happens once the muslim/ sikh/ hindu immigrant generation has died, and the vast majority of adherents British born.

Religion is no longer seen as something in which the community participates together. Individuals will seek out what suits them individually. It was pointed out that many turn to an alternative spirituality in times of stress, trial or illness rather than organised religion.

Are religions concentrating on attendance over adherence? It was suggested that adherence ought to count more, and that it was primarily the religious activists who attended traditional services regularly, whilst life cycle rites were still important to many non-attendees. Should religious institutions be finding other ways to engage adherents?

An over-emphasis on belief.

Whilst belief is seen as important to fundamentalists, this over-emphasis can be to the detriment of the other elements of a religion: group (community), values and rituals. Apparently it isn’t beliefs that usually draw people in, though they can be a deal-breaker.

With so many high quality entertainment options available, the Sunday sermon by a local religious leader has has lost a lot of its former attractions.

Loss of emotional and intellectual engagement with the institution.

People want to feel part of something, but also that they are getting something back from the institution. They want to see serious engagement with issues, but churches are not making enough of an intellectual case, as compared to the atheists.

Either in the people encountered in those institutions, or in the institutions themselves. Sam Wells asked whether churches are seeking to be a blessing to people, and whether they are in fact experienced as a blessing. An excellent point I thought.

Religious institutions do not have a monopoly on human values and can be seen as pompous, paternalistic and puritanical. As society as a whole becomes more ethical and less brutal, extending values to children, women and homosexuals, religions are no longer seen as occupying the moral high ground, but instead have become morally objectionable to many.

In her closing remarks Linda Woodhead suggested that loss of moderate religion from our societies would leave only extremism, fanaticism and totalitarianism, a poor outcome for us all.

As a church we come across the following views on the subject of moderation or temperance:

Still, the wider context of the talk from which the following Elder Oaks quote is taken might also  have some application here.

“Moderation in all things is not a virtue, because it would seem to justify moderation in commitment. That is not moderation, but indifference.” Dallin H. Oaks

However, I think the most important message is this one:

“And no one can assist in this work except he shall be humble and full of love, having faith, hope, and charity, being temperate in all things, whatsoever shall be entrusted to his care.” (D&C 12:8)

21 thoughts on “Are Moderate Religious Institutions in Decline?”