OK, everyone talks about how Abraham, Moses and Jacob were polygamists and how Solomon had so many wives, but why doesn’t anyone talk about the details — about how polygamy was an utter train-wreck for just about everyone who tried it. 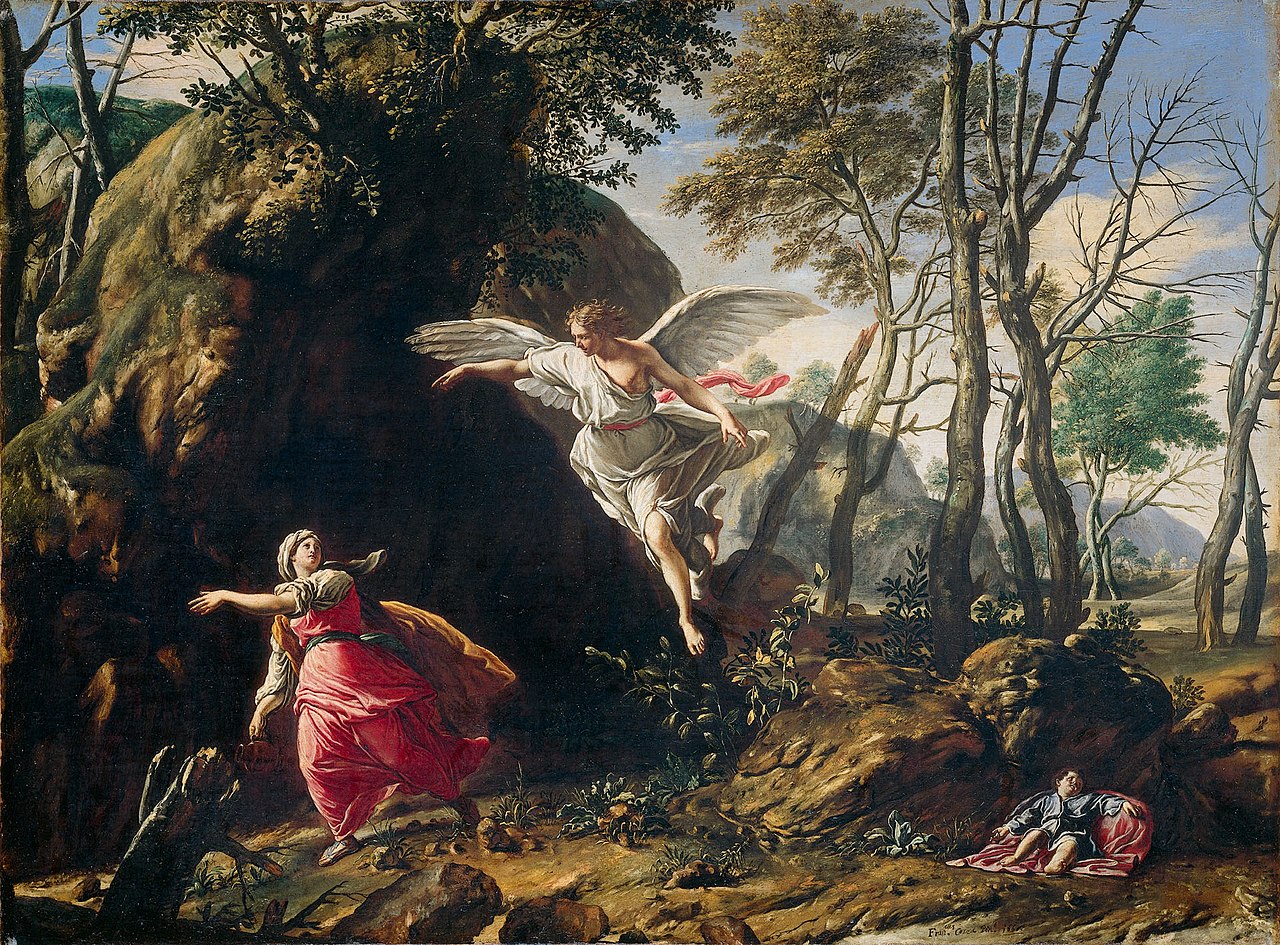 Let us start with Abraham.  He is married to Sarah.  She gets impatient for a child.  There was a surrogacy system that was acknowledged, but she did not want to settle for that and so insisted that Hagar also become Abraham’s wife.

First Hagar runs away to escape Sarah’s abuse and then, after an angel encourages her to return, things still don’t get better — they get worse.

Next thing you know, Sarah has thrown Hagar and the child out to die.  Hagar’s only request of the power of heaven is that she not have to watch her son die. [Genesis 21]

Early the next morning Abraham took some food and a skin of water and gave them to Hagar. He set them on her shoulders and then sent her off with the boy. She went on her way and wandered in the Desert of Beersheba.

15When the water in the skin was gone, she put the boy under one of the bushes. 16Then she went off and sat down about a bowshot away, for she thought, “I cannot watch the boy die.” And as she sat there, shec began to sob.

It doesn’t get better with Moses (who has a major falling out with Miram and Aaron over his wife) and the conflicts with Jacob, his sons and his wives are legion.  The favoritism leads to Joseph being sold into Egypt (after one of the brothers talks the others out of just killing him).

As for Solomon.  His problems start with the Egyptians sacking Jerusalem (that part of his marriage to one of Pharaoh’s daughters often gets skipped) and finish with his apostasy from the worship of God in order to placate some of his many wives.  Not exactly a role model.

It seems everyone wants to talk about polygamy in the Old Testament as “well, they had it, so it must be good” (just like slavery, or bond servants, or the prohibition on blended fabric, or …) rather than go over all the examples and how over, and over, and over again polygamy led to heart break, death, murder and disaster.  Think about the examples of polygamy in the Old Testament.  Is there even one example where everyone was happy and celebrated being a part of it?

Which is both the lesson you might want to take from the Old Testament’s examples of polygamy and probably why we don’t talk about it.

What do you think?  Why don’t we have discussions about the details of how polygamy worked (or didn’t work) for women in the Old Testament?

For that matter, why don’t we discuss how for women in the 1800s, the ones who were the most positive about living in polygamy were those who were “married” but off to school or otherwise not actually living with anyone or involved in the relationship outside of being supported by it?

What do you think?  What is your takeaway from polygamy in the Old Testament?