Hermann Hesse’s novella Journey to the East can be read as an allegory for our current struggle with apostasy and excommunication.  It is the story of an older man named H. H., who recalls his youthful participation in a religious group called The League.  He has fond memories of his experiences in the League, in spite of the fact that he later became disillusioned with the group.  He wonders whatever became of the League, and sets off to see what happened to it.  To his surprise, the League still exists, and when he finds it, he is brought up before a tribunal and chastised for his youthful misunderstanding of the League’s mission.

Central to the plot is H. H.’s recollection of an old friend named Leo, who was the happy-go-lucky servant of the League.  When H. H. is called up before the League’s tribunal, he is surprised to see that his beloved friend had actually been the grand master of the League all along, although H. H. had not recognized him for who he was.  This epiphany (that the greatest shall be the servant of all) inspires H. H. to repent and reenlist, this time with a greater appreciation of the true mission of the League.

I think many disillusioned Mormons might feel a bit like H. H., including myself, when I ponder my own distance from the orthodoxy of the church.  We may have fond memories of our former faith in the church.   We may see it all as part of a beautiful dream with a sad ending.  But whatever amazing feelings we once had towards Joseph Smith and his incredible story eventually fell apart as we examined the church’s current state of correlation, cover-up, and status quo.  If we look back at President Monson, we probably remember enjoying his funny stories and easy-going manner.  But then we became frustrated because he really was not much of a prophet, and even the faithful never really mention his banal sermons in sacrament meeting.  In the end, even though he was a good man, he failed to really lead the church or make any significant progress.

But if our path leads us back to the church, we may one day find that we had been seeing it wrong the whole time.  President Monson’s sermons, which seemed repetitious and shallow, were actually the meat of the gospel.  Perhaps there was no deeper and more meaty doctrine than “whoso shall enter the kingdom of heaven must become as a little child.”   President Monson’s personal stories of service and following the were actually the highest expression of godliness and truth.  Yet we were looking for something else, for signs, for rational appeal, for progress, for learning. 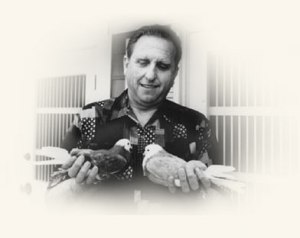 In church we hear:  “The more you attend the temple, the more truths will be revealed to you.”  But this is obviously not true, because when you talk to the old folks at church who go the temple every day, they often seem to have shallow and uninformed notions about the gospel.  They know as much about the tokens and signs as a novice going through for the first time!   But if you read the bloggers at BCC and Patheos you’ll find intelligent, liberal members who have lots of enlightening things to say about the endowment.  They are true truth collectors, and isn’t Mormonism all about receiving all truth, no matter where that truth comes from?

This is the crux of the rebellion at play.  Liberal bloggers often seem to know more about the church than the leaders and orthodox do.  Not only do they know the history and gospel better, they seem to have better ideas about how to implement gospel truths.  Yet for all their gifts, these liberal intellectuals are shut out of leadership and influence within the church itself.  They must patiently bear with the priesthood, and at a certain point, they are going to get fed up.  Seriously, in the 21st century, how long does it take our priesthood leaders to get over themselves and their stifling correlation and start adopting meaningful reform?

The Limitations of Reason

18th Century mystic Emmanuel Swedenborg lived at the height of the Enlightenment, a time when Protestantism and science were throwing down the authorities of the past.   He spent the first half of his life engaged in science and invention, becoming one of the great rational thinkers of the age.   But later in life, he came to a new understanding of truth that would challenge his former reliance upon reason and intellect.  He had a vision of the Three Degrees of Glory (one of the reasons why anti-Mormons say Joseph Smith borrowed his ideas.)  He called the three degrees the Celestial, Spiritual, and Natural Kingdoms.   In the highest, the Celestial Kingdom, angels do not use their minds to reason about things.  They only do this in the lower kingdoms.  He described it this way:

The Celestial angels do not reason about truths of faith, because they perceive them in themselves; but the Spiritual angels reason about them whether they are true or not.   The angels in the Lord’s celestial kingdom receive Divine truths at once in their life, and not first in memory and thought, as the Spiritual angels do.  Consequently they have Divine truths written in their hearts, and they perceive them, and as it were see them, in themselves; nor do they ever reason about them whether they are true or not.  They are such as are described in Jeremiah: “I will put my law in their mind, and will write it in their heart.  They shall teach no more everyone his friend and  everyone his brother saying, Know ye the Lord.  They shall know Me, from the least of them even to the greatest of them.”  And they are called in Isaiah: “Taught of the Lord.”

So according to Swedenborg, we should aspire to a state where we receive truth not in our mind, but in our heart.  A state where we are “in love to the Lord, and consequently are nearer and more closely conjoined to Him.”

I wonder if I have been misjudging some of the simple old folks who attend the temple every day, who don’t seem to use their intellect much.  They just “know.”  Are they in a Celestial state?  And if they are, would I even be able to recognize it when I myself am in a Spiritual state where I reason about everything?

I’ve always been a vain and prideful person.  How have I managed to stay in a church that requires so much humility?  By seeing myself as “a step ahead” of my fellow liberal Saints who struggle with correlated Mormonism.  I’ve “transcended” their petty concerns and reached a point of enlightenment where I can be intellectual, and STILL willingly submit to “the weak things of the world, the unlearned and despised” priesthood leaders.  I’m SO enlightened that I can be completely tolerant of intolerance and embrace any paradox or contradiction.  Pretty amazing huh?  So my version of Mormonism still allows me to be insufferably condescending even as I am submissive to those I see as beneath my intellectual heft.  Jeff G. called me out over this attitude at Millennial Star the other day, and I’m grateful to him.  I was sparring over one of J. Max Wilson’s posts, and I wrote “the gospel is adapted to the capacity of the weakest saints.”   Jeff G. responded with this thought:

Yes, the gospel is simple and adapted to the weakest, but this in no way legitimizes our moving beyond this gospel in any meaningful sense. I’m not sure if Nate intended it this way, but this way of framing things makes it seem like the weakness to which the gospel is adapted is that of the intellect, sophistication being the antithesis of simplicity. This, in turn, would suggest that the “meat” that comes after the milk can be found in the disciplined study of theology, church history, etc. I reject all such suggestions.

The gospel is not dumbed down because some of us are stupid, but because some of us are smart. The simplicity of following our ordained leaders is precisely intended to sideline any kind of scholarly or dialectical discussion of God’s dealings with us. The deeper truths are supposed to be found by approximating rather than distancing oneself from the Lord’s priesthood leaders.

I find Jeff G.’s notion paradoxical and beautiful.  It is hard for me to explain exactly how it could be true that the “gospel is dumbed down because we are smart” but I think it has something to do with the limitations of reason, and our ultimate journey to the Celestial Kingdom, where reason will be transcended.

69 thoughts on “Liberal Apostasy and a “Journey to the East””